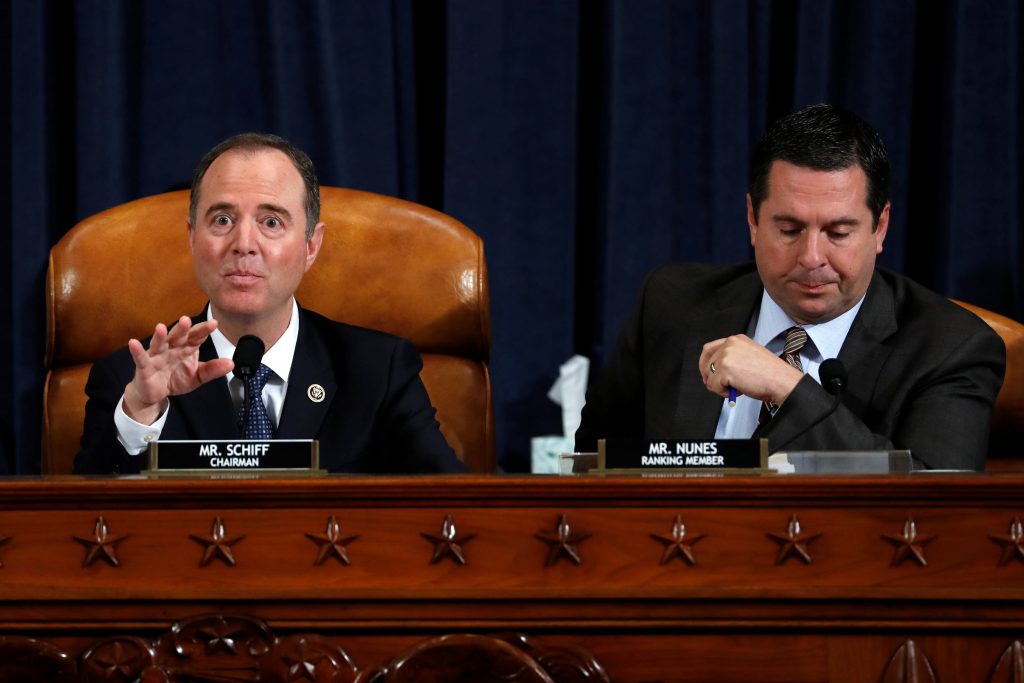 A senior director of President Donald Trump’s National Security Council (NSC) has filed a $25 million dollar defamation suit against Politico and one of its reporters, Natasha Bertrand, over two articles published in October he claims disparaged his “honesty, veracity, and integrity.”

The first article, “Nunes protogégé fed Ukraine info to Trump,” claimed that attorney Kashyap Patel had passed negative information about Ukraine to the president, and that his actions had fueled “the president’s belief that Ukraine was brimming with corruption and interfered in the 2016 election on behalf of the Democrats.”

Bertrand’s second article claimed that a current NSC staffer believed Patel had “circumvented normal NSC process to get negative material about Ukraine in front of the president.”

Both articles relied on anonymous sources who had attended closed-door hearings with Fiona Hill, the former senior director for European and Russian Affairs, and Alexander Vindman, the NSC’s top Ukraine expert. The chair of the House Intelligence Committee, Rep. Adam Schiff, eventually shared the transcripts from the hearings.

In his complaint, Patel denies communicating with the president about Ukraine or supplying the president with negative information about the eastern-European country. The complaint accuses Politico and Bertrand of intentionally publishing false information in order to damage Patel’s reputation, and colluding with Schiff to advance the “impeachment inquisition.”

Filed in Virginia in the Circuit Court of the County of Henrico, the complaint requests $25 million in compensatory damages and $350,000 in punitive damages.

In a statement to Mediaite, a Politico spokesman Brad Daysprings called the lawsuit “unserious” and a “public relationships tactic designed to intimidate journalists and media organizations from doing their job.”

A defamation lawsuit brought by Sarah Palin against the New York Times began on February 3rd. Palin sued the newspaper in 2017 for an editorial that she alleges incorrectly linked her and her political action committee (PAC) to the 2011 mass shooting that left six people dead and 14 people wounded, including Representative Gabby Giffords of Arizona.