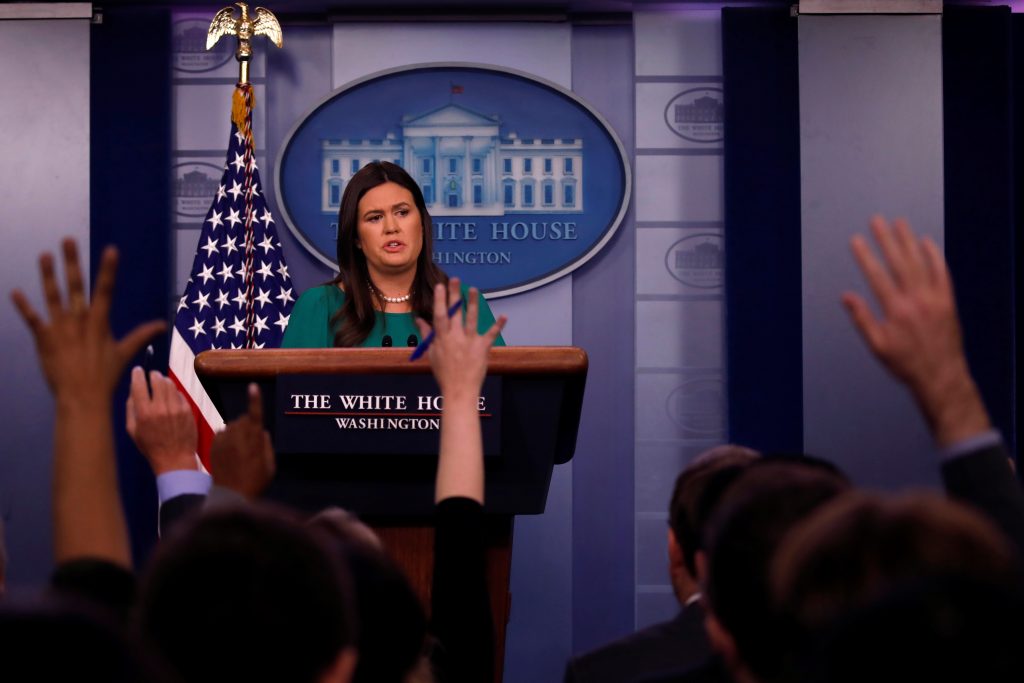 President Trump declared in a tweet that he has told White House press secretary Sarah Huckabee Sanders to stop holding daily press conferences because the press covers her “rudely and inaccurately,” and that “word gets out anyway.”

The reason Sarah Sanders does not go to the “podium” much anymore is that the press covers her so rudely & inaccurately, in particular certain members of the press. I told her not to bother, the word gets out anyway! Most will never cover us fairly & hence, the term, Fake News!

The Trump administration has been criticized for the decline in regularly scheduled, formal press briefings. The last on-camera briefing took place on December 18, making this the longest period of time that has passed without a press briefing since the Clinton administration, according to the University of California Santa Barbara’s American Presidency Project.

“This retreat from transparency and accountability sets a terrible precedent. Being able to question the press secretary or other senior government officials publicly helps the news media tell Americans what their most powerful representatives are doing in their name. While other avenues exist to obtain information, the robust, public back-and-forth we’ve come to expect in the James A. Brady briefing room helps highlight that no one in a healthy republic is above being questioned.”