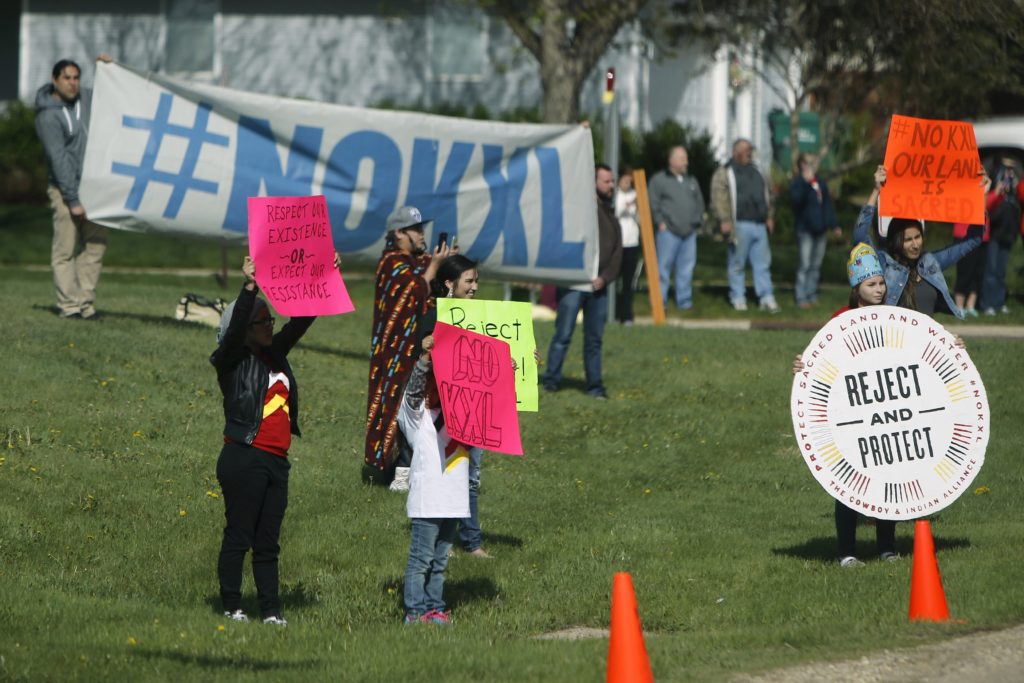 Native American protesters against the Keystone XL Pipeline watch from along the motorcade route as U.S. President Barack Obama arrives for a commencement address in Watertown, South Dakota May 8, 2015 REUTERS/Jonathan Ernst

Kentucky Governor Andy Beshear signed a similar bill on March 16th which redefined natural gas and petroleum pipelines as “key infrastructural assets,” and made it a first-degree criminal mischief offense to deface or tamper with fossil fuel infrastructure.

On March 18th, South Dakota Governor Kirsti Noem signed into law a bill that made the “interruption or impairment” in gas service a felony. Gov. Noem also passed a second bill that increased punishment for persons “instigating, inciting, or directing” riots.

Only the West Virginia law includes an exception for picketers who organize protests on the company’s property over issues involving “wages, salaries, hours, working conditions, or benefits”.

First reported by HuffPost, reporter Alexander Kauffman was contacted by Connor Gibson, a researcher at Greenpeace USA, who believed legislators had taken advantage of the fact that national attention was focused on the coronavirus, and not on pollution.

“While we are all paying attention to COVID-19 and the congressional stimulus packages, state legislatures are quietly passing fossil-fuel-backed anti-protest laws,” Gibson told HuffPost. “These laws do nothing new to protect communities. Instead, they seek to crack down on the sort of nonviolent civil disobedience that has shaped much of our nation’s greatest political and social victories.”