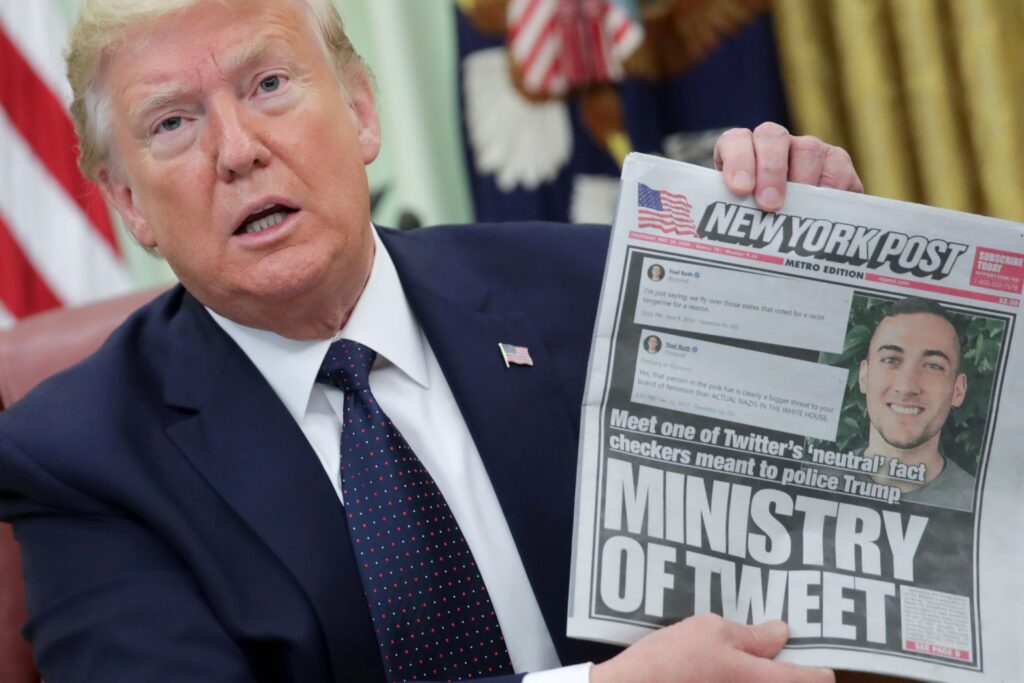 U.S. President Donald Trump holds up a front page of the New York Post as he speaks to reporters while discussing an executive order on social media companies in the Oval Office of the White House in Washington, U.S., May 28, 2020. REUTERS/Jonathan Ernst/File Photo

On June 2nd, the Center for Democracy and Technology (CDT) filed a lawsuit over President Donald Trump’s executive order that authorizes federal agencies to review Section 230, a law that protects social media companies from lawsuits over the content published on their sites.

The complaint, filed in the U.S. District Court for the District of Columbia, says that the order seeks “to curtail and chill the constitutionally protected speech of all online platforms and individuals— by demonstrating the willingness to use government authority to retaliate against those who criticize the government.”

Trump signed the executive order on May 28th, just two days after Twitter fact-checked two of his tweets that claimed that mail-in ballots are fraudulent.

“The Executive Order is designed to deter social media services from fighting misinformation, voter suppression, and the stoking of violence on their platforms,” CDT President & CEO  Alexandra Givens said in a statement. “Access to accurate information about the voting process and the security of our elections infrastructure is the lifeblood of our democracy. The President has made clear that his goal is to use threats of retaliation and future regulation to intimidate intermediaries into changing how they moderate content, essentially ensuring that the dangers of voter suppression and disinformation will grow unchecked in an election year.”

The suit requests the court to declare that the executive order is unlawful and invalid.