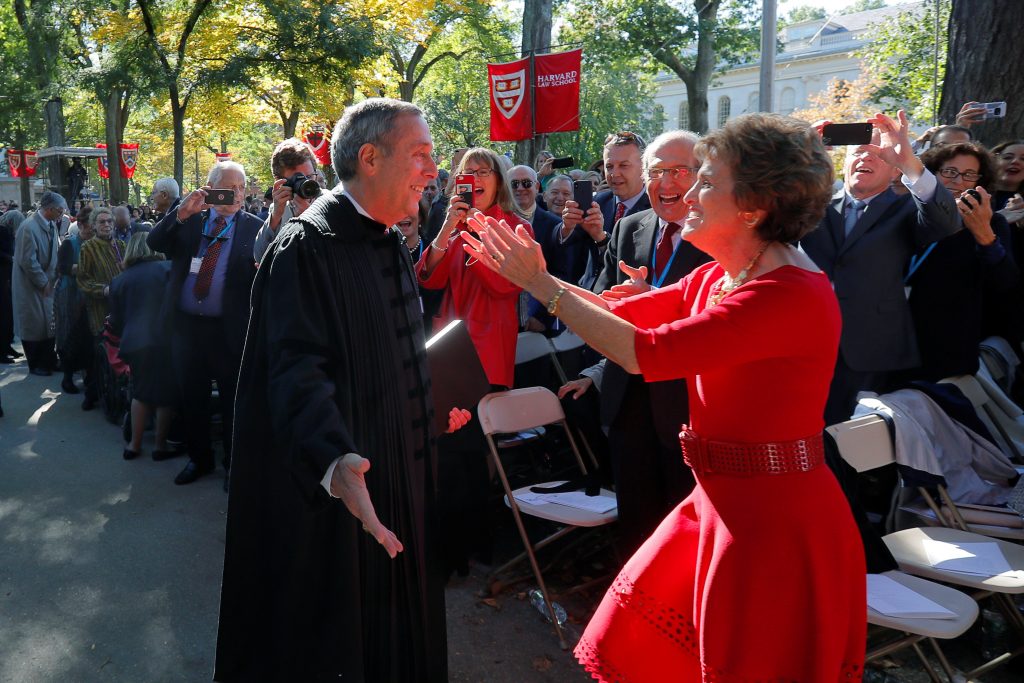 Lawrence Bacow is greeted by his wife Adele during Bacow’s inauguration as the 29th President of Harvard University in Cambridge, Massachusetts, U.S., October 5, 2018. REUTERS/Brian Snyder

In early April, a group of student protesters at Harvard disrupted a discussion between two administrators who were going to discuss how universities could promote economic opportunity.

The event, which featured University President Lawrence Bacow and Graduate School of Education Dean Bridget Terry Long, barely got underway before approximately 30 student activists stood up from their seats, held signs, and chanted.

The protest was part of a months-long campaign, with students calling for the University to divest its nearly $40 billion endowment of companies related to the fossil fuel and prison industries.

Bacow and others tried to quiet the crowd, advising them to go to the back of the room with their signs, but the students refused to cooperate. As a result, the discussion was moved to a smaller room on campus.

In an op-ed in the Harvard Crimson, Bacow acknowledged the right of students to voice their displeasure over the University’s policies, but took issue with the manner in which the students voiced their opinions.