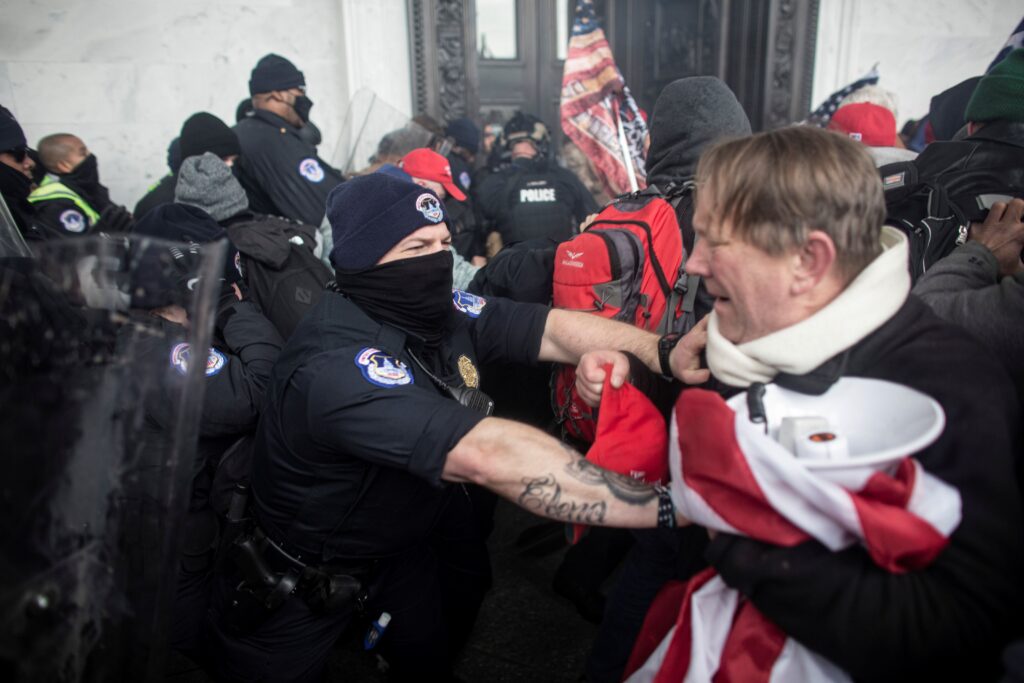 In a  video posted on Twitter by Bloomberg News reporter William Turton, a group of pro-Trump supporters can be seen chanting “get out of here” to a camera crew, while one of the protesters smashed reporters’ equipment with a flag pole. In a photo shared by Buzzfeed News reporter Paul McLeod, the vandals made a noose from a camera cord and hung it from a tree Anda picture shared by a local news reporter Samantha-Jo Roth, someone had carved “murder the media” into one of Capitol doors.

MSNBC anchor Yasmin Vossoughian said on air that she and her team decided ahead of time not to wear their station’s insignia to the Capitol protests for safety reasons. “We knew there might be pushback, some hostility toward us because, as you well know, the president is continuously talking about the fake news media and telling people not to trust the media,” she said.

Bruce Brown, the executive director of the Reporters Committee for Freedom of the Press, issued a statement on January 7th commending journalists for risking their safety to document the events.

“We owe a particular debt of gratitude to the professional and brave journalists and photographers who risked their safety to document the events as they unfolded. Like members of Congress, their staffs and others who work in the Capitol complex, these reporters work daily in those buildings, and an assault on the Capitol is an assault on them, too,” Brown said.