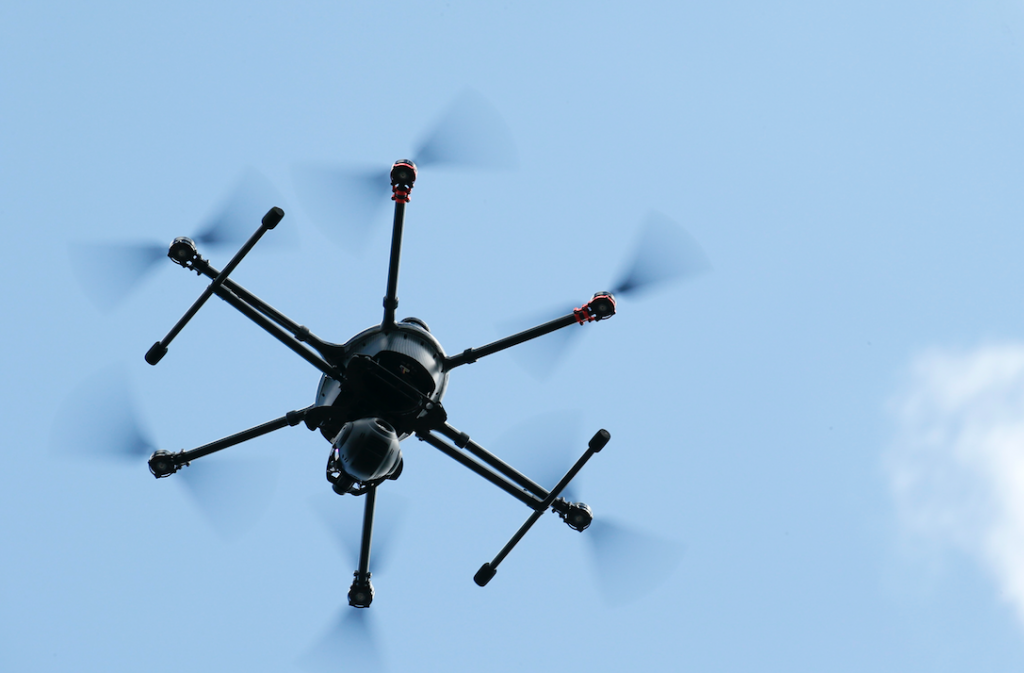 A police surveillance drone flies over a demonstration against the French labour law proposal in Paris, France, May 3, 2016 as the labour reforms law reaches parliament today with 5,000 amendments to be discussed. REUTERS/Gonzalo Fuentes

The National Press Photographers Association (NPPA), the Texas Press Association (TPA), and an independent journalist can move forward with their First Amendment challenge to a Texas law that restricts the use of drones.

The state law prohibits a person from piloting a drone above jails, petroleum refineries, sports arenas, and other specified facilities with the “intent to conduct surveillance on the individual or property captured in the image.” The law lists 21 exceptions to the rule, including law enforcement officers, academics pursuing scholarly research, and military projects, but there are no exemptions in the law for journalists.

In September 2019, the press groups filed a complaint arguing that the law violated the First Amendment on several grounds. For example, the plaintiffs wrote that a law banning “image capture” for purposes of “surveillance” was overbroad because “surveillance” was not well defined and could encompass newsgathering activities. The press groups also argued that the law’s exemptions discriminated based on the type of speaker.

Beyond First Amendment issues, the groups claimed that Texas did not have the authority to set up restrictions to drone use beyond those already created by the Federal Aviation Administration. In establishing federal regulations, Congress, they argued, had intended to preempt states from passing additional drone laws.

On November 30th, the United States District Court for the Western District of Texas Austin Division ruled that the plaintiffs could move forward with their First Amendment challenge, but did not find sufficient evidence that “Congress had intended to prohibit states from passing additional regulations” related to drones.

Mickey H. Osterreicher, General Counsel for NPPA, said he was happy with the court’s ruling even though the judge had not agreed with all of their arguments.

“Overall, the NPPA is very pleased with the court’s ruling and while it would have been nice had the judge agreed with our preemption argument, the fact that the first challenge to a state’s drone law will proceed on First Amendment grounds is extremely encouraging.”