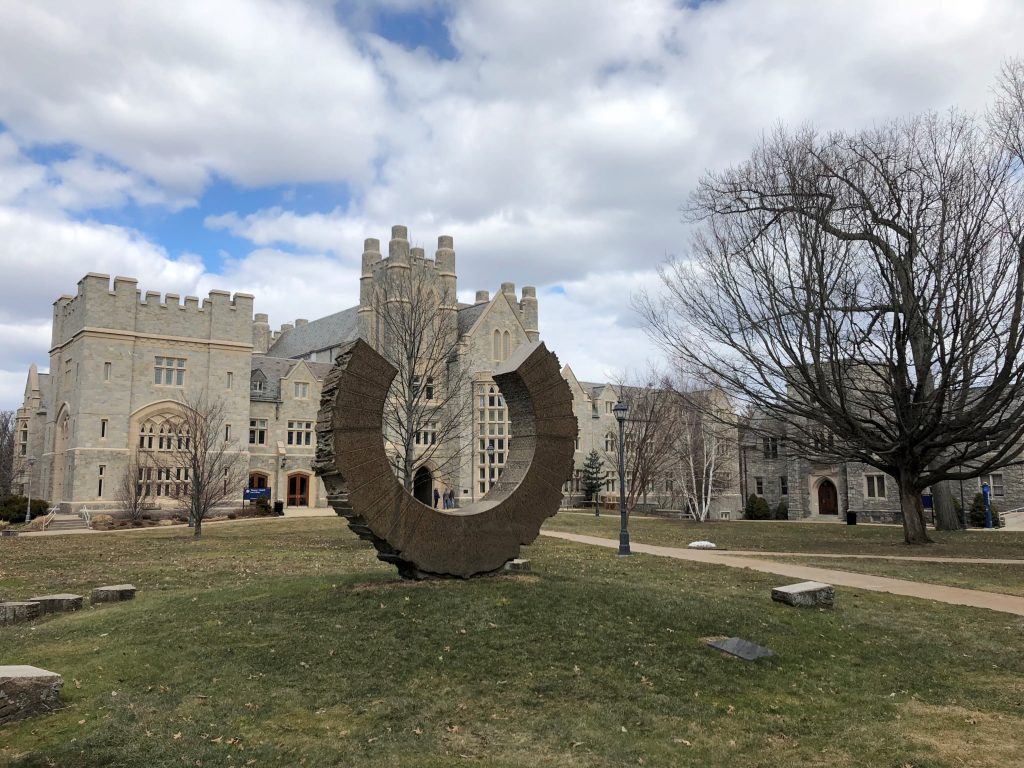 Two students at the University of Connecticut face criminal charges after being caught on video using a racist slur while on campus.

According to the arrest warrant, Jared Karal, 21, and Ryan Mucaj, 21, left a pizzeria a little after midnight on October 12th when they began competing to see who could say inappropriate words the loudest. (A third student walked with them but didn’t participate.) At some point on their way back to their dorm, they switched from saying “penis” to saying the n-word.

A student recorded Karal and Mucaj, and shared a 11-second video on Twitter. And a  second witness, cited in the arrest warrant, says that she heard the boys from her dorm room.

The university police were able to identify the two boys using “surveillance video, Wi-Fi hotspot, and card-swipe data from campus buildings,” according to the Hartford Courant.

On Monday, October 27, Karal and Mucaj were charged with “ridicule on account of creed, religion, color, denomination, nationality or race,” based on a Connecticut statute. While the boys’ language was undoubtedly offensive, civil liberties groups say the statute used to arrest them is unconstitutional on First Amendment grounds.

“Although the conduct reported in this incident is reprehensible, it is not criminal,” David Cole, national legal director of the American Civil Liberties Union, said in an interview with the Hartford Courant.

“The First Amendment protects even offensive and hateful speech, so long as it does not rise to the level of incitement to violence, criminal harassment or true threats,” Cole told the newspaper. “Nothing in the press reports indicates that the students’ speech, while morally abhorrent, meets that demanding standard.”

According to the Hartford Courant, the statute’s roots date back to World War I, a time when fewer protections existed for speech. Professor Douglas Spencer, a constitutional law professor at the University of Connecticut, told the Courant that the statute hadn’t been changed even after the state’s Office of Legislative Research found the statute “constitutionally shaky” in 1999.

Mucaj and Karal are scheduled to appear in Rockville Superior Court on Wednesday where they face possible jail time.