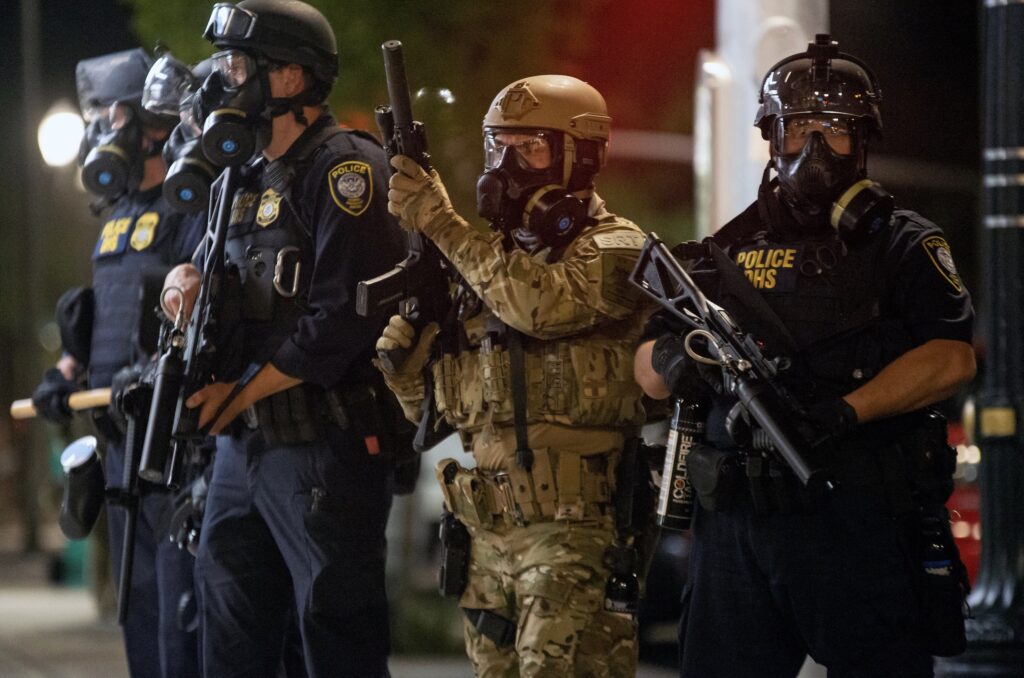 The United States Court of Appeals for the Ninth Circuit reinstated a lower court’s injunction barring federal agents from assaulting journalists and legal observers reporting on protests in Portland, Oregon.

The injunction was originally ordered by the United States District Court for the District Court of Oregon in July, but was stayed in August after a motions panel for the Ninth Circuit ruled that the restrictions would impede the officers from doing their job. Specifically, the court took issue with the portion of the order exempting journalists and legal observers from dispersal orders because it could be difficult for police officers to distinguish between an observer and an unlawful actor.

In a 2-3 decision issued on October 9th, a three-judge panel for the Ninth Circuit reinstated the lower court’s injunction, citing “numerous instances” in which agents appeared to deliberately target journalists.

“Despite the Federal Defendants’ assertion that all of their officers and agents are adequately trained, the district court found numerous instances in which Federal Defendants shot munitions directly at journalists’ and legal observers’ chests, arms, backs, and heads while they were standing entirely apart from the protesters,” the court wrote.

The two judges noted that the evidence in support of the misconduct was considerable enough to be grounds for a future “Bivens claim,” or a civil rights lawsuit against federal officials which requires evidence that the officials purposefully violated an individual’s constitutional rights.

“Because the district court’s findings include so many instances in which plaintiffs were standing nowhere near protesters while photographing and observing the federal defendants’ actions, they provide exceptionally strong evidentiary support for the district court’s finding that some of the federal defendants were motivated to target journalists in retaliation for plaintiffs’ exercise of their First Amendment rights,” the ruling stated.

In a separate opinion, the dissenting judge wrote that the First Amendment right of public access did not apply to “riot control and crowd dispersal in a public street.”

“Protests and resulting riots are simply not governmental proceedings to which a right of public access may be claimed,” Judge Diarmuid O’Scannlain, a Reagan appointee, wrote.