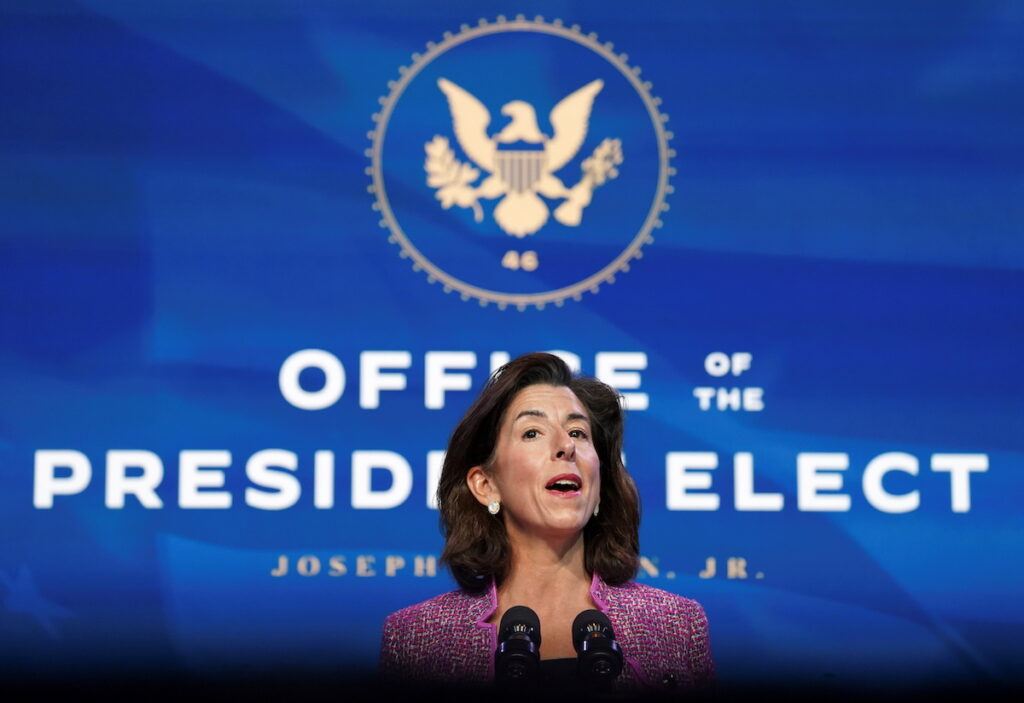 A coalition of open government and press advocacy groups in New England are calling on Rhode Island Governor Gina Raimondo to resume regular press briefings about the pandemic.

Since she was nominated for the commerce secretary position in then-President-elect Joe Biden’s Cabinet, Raimondo has stopped answering journalists’ questions about the pandemic and vaccine distribution.

According to The Providence Journal, Raimondo’s last weekly COVID-19 briefing was on December 22, 2020. Since then, the average number of new COVID-19 cases has gone up from between 800 and 900 per day to more than 1,000 per day.

In her last public appearance on January 13th, Raimondo said that she planned to accept Biden’s nomination, but did not answer any questions about the pandemic. Her silence prompted the New England First Amendment Coalition (NEFAC) and the New England Newspaper & Press Association to send a letter criticizing her for her lack of transparency.

“While your nomination to President-Elect Biden’s Cabinet is a great honor that carries with it certain responsibilities, these must not be prioritized over your duties as governor. Making yourself available for questioning by journalists—who serve as a proxy to the public—is one of those duties,” the January 19th letter states.

Although the director of Rhode Island’s Department of Health has made herself available to answer journalist’s questions about the state’s response to COVID-19, Justin Silverman, NEFAC’s executive director, told First Amendment Watch that this was not enough.

“[Raimondo] is the one who sets the policies that the DH director works under. She’s the one who issues the executive orders that affect how Rhode Islanders navigate their way through the pandemic. While having the DH director available is certainly helpful, it’s not a substitute for having direct access to the one person who is making all these very consequential decisions,” Silverman said in a written response.

In a separate letter sent to the Governor on January 18th, the Rhode Island Broadcasters Association said that Raimondo had become the “face” of the state’s response to the pandemic and that people look to her for answers.

“To put another face at the podium to address answers from the media will not carry the same trustworthiness and comfort as you, yourself answering to the camera,” the letter said.