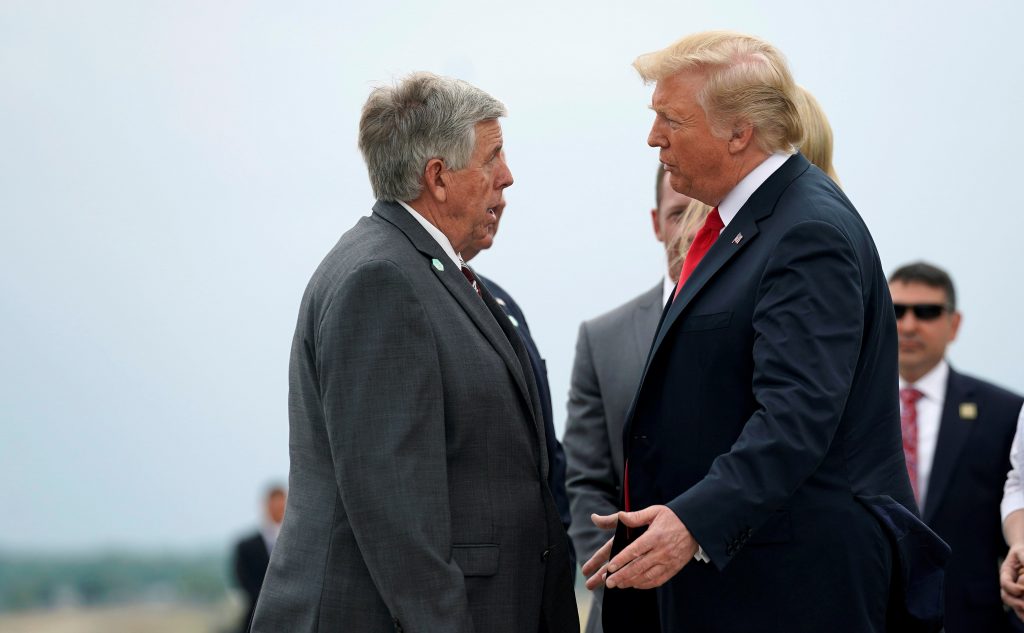 On August 20, 2019, Missouri Attorney General Eric Schmitt submitted a legal brief in which he argued that the First Amendment could protect public officials who refused to release public information, if those records had information about private citizens. Missouri Governor Mike Parson made the nearly identical argument when he was accused of breaking the state’s Sunshine Laws back in May of 2019.

Sunshine laws are laws that govern public access to government records. Also known as freedom of information laws or open records laws, sunshine laws vary widely by state. In Missouri, these laws assure that meetings, records, votes, actions, and deliberations of public governmental bodies are open to the public.

Though Schmitt’s brief was part of a lawsuit unrelated to the governor, it seemed to answer a question that the attorney general had long avoided: whether public officials could legally withhold details from public records, if those details included personal information about private individuals. State Auditor Nicole Galloway had set a 90-day deadline for an answer to this question, a deadline Schmitt had missed.

A day after submitting the brief, Schmitt withdrew it and issued a statement in which he clarified when privacy concerns could be used by public officials to redact or outrightly block access to public records.

“There are times in the course of civil cases where information is personal and sensitive and can be protected, particularly as it relates to concerns of health and safety of our citizens, such as cases involving witnesses or victims who may be put in harm’s way by releasing their personal information,” Schmitt said. “These are very limited instances. In the case of Cummins vs. Rehder, after further review, the assertion and objection filed should have not been raised in this instance and will therefore be withdrawn.”

The attorney general still has not made clear whether his interpretation of the law as laid out in this statement also applies to the governor’s actions.

Nicole Galloway posed the question in May after Missouri Governor Mike Parson had repeatedly redacted information from public records, despite the state’s open records law.

Missouri’s Sunshine Laws were passed in 1973  to demonstrate the state’s commitment to government transparency. Attorney General Eric Schmitt revised the laws as recently as February 2019, including an introduction to the new revisions that reinforced the value of transparency. “A healthy democracy relies on an engaged citizenry informed by transparent government officials,” Schmitt wrote.

May 7, 2019: Can The First Amendment Be Used To Redact Information?

Nicole Galloway, the state auditor, cited recent reports in which the governor’s office wielded the First Amendment as a reason for withholding personal contact information from Sunshine Requests filed to seek information on individuals that may have contacted Parson. The Kansas City Star reports the Parson has invoked the First Amendment seven times over recent months in response to requests, redacting phone numbers and home and email addresses.

“Government should not be in the business of finding ways to hide information from taxpayers, but time and again, we have seen continued efforts to do just that,” Nicole Galloway said in a statement. “There should be no confusion on how the Sunshine Law is applied,” she added.

A spokesperson for the governor argues that it is a free speech issue, reasoning that constituents may be hesitant to reach out to the governor if their contact information would be made public. The governor’s office will “continue to protect the personal information of Missourians, as the law allows for under both the First Amendment and Missouri’s Sunshine Law,” he said in an emailed statement to local news outlets.

Two Missouri Editorial Boards write that Parson’s actions are concerning for Missourians right to know, and that the is using the First Amendment as a “shield” to hide information from the public.