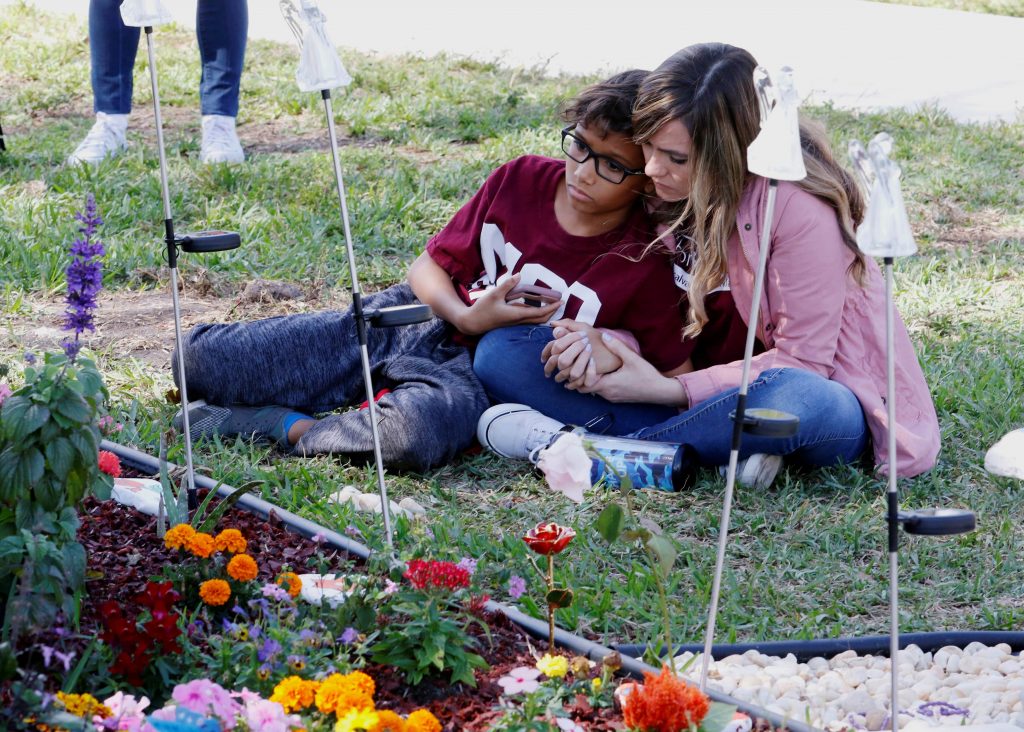 A memorial on campus is viewed on the one year anniversary of the shooting which claimed 17 lives at Marjory Stoneman Douglas High School in Parkland, Florida, U.S., February 14, 2019. REUTERS/Joe Skipper

A federal judge in Florida sentenced Brandon Michael Fleury, 22, to five years in jail for cyberstalking and harassing the families and friends of victims of the 2018 mass shooting at Marjory Stoneman Douglas High School in Parkland, Florida.

According to NBC News, Fleury used 13 Instagram accounts under various aliases to send threatening messages to the victims’ families and friends. One of his accounts was under the name of Nikolas Cruz, the Parkland shooter, and another under Ted Bundy, the infamous serial killer.“With the power of my AR-15, I take your loved ones away from you PERMANENTLY,” read one of the messages, sent under the username “the.douglas.shooter.”

According to the Miami New Times, FBI agents were able to trace the accounts to an IP address linked to a house in Santa Ana, California. There, they discovered Fleury’s tablet which had “more than 2,00 images of Ted Bundy and dozens of images of other infamous murderers.”

Fleury’s lawyers tried to dismiss the case ahead of his trial in October 2019, arguing that his comments, though noxious, were protected under the First Amendment. But U.S. District Judge Rodolfo Ruiz rejected their motion, writing that Fleury’s expression fell under a category of unprotected speech called true threats, or speech that is directed at a specific individual and is designed to intimidate.

“[Fleury’s] speech fails to express any ideas related to a legitimate public interest and has no tangential connection to any form of public debate,” Ruiz wrote in his decision to allow the case to go to trial.

Fleury was found guilty of three counts of cyberstalking and one count of transmitting a kidnapping threat by a federal jury that October. Six months later, on March 2nd, he was sentenced to 66 months in prison.

In an interview with The New York Times, Sabrina Puglisi, Fleury’s lawyer, said that she had hoped the sentence would be less harsh, in light of the fact that her client has autism spectrum disorder.

“The judge made a strong argument that this type of trolling behavior on the internet is not OK, not acceptable and it won’t stand,” Puglisi told The New York Times. “He wanted to send a message to deter people from doing the same.”