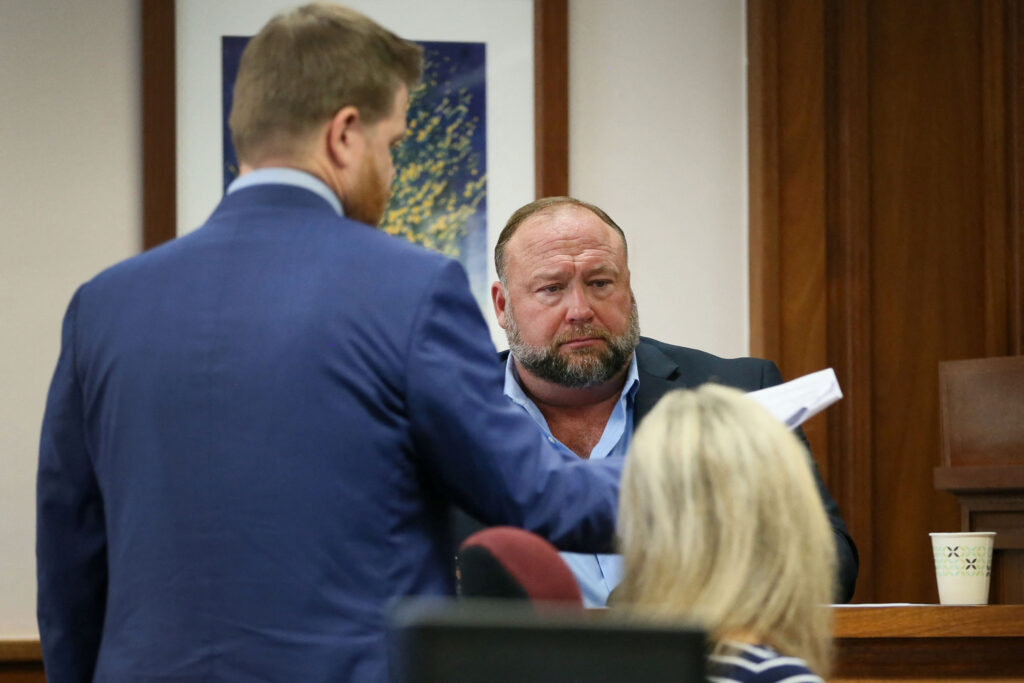 Jones’ attorney, F. Andino Reynal objected to the massive amount awarded by arguing that Texas law caps the amount that juries may award.

The day before the jury awarded the parents $4.1 million in compensatory damages. Heslin and Lewis lost their six-year-old son Jesse when Adam Lanza massacred 20 schoolchildren and six educators at Sandy Hook Elementary School in Newtown, Connecticut.

In addressing the jury in final arguments, Reynal said, “Alex Jones was absolutely reckless. It was wrong and he admits it. Now, when you look at the degree of culpability of Alex Jones, keep in mind the national conversation. Keep in mind the truthers who were online and have been online.”

Following the verdict Friday Scarlett Lewis tweeted: “Sandy Hook happened. Jesse was a hero. Alex Jones was held accountable. Today the jury proved that most of America is ready to choose love over fear and I’ll be forever grateful to them.”

Judge Gamble issued a default judgment against Jones for failing to comply with discovery requests in the suit brought by Heslin and Lewis for defamation and intentional infliction of emotional distress. The claims accused him of spreading lies on his InfoWars program and platforms from 2013 to 2018 about what occurred Dec. 14, 2012.

During the trial, the defense only put Jones on the witness stand and he stated that Sandy Hook was “100% real.” Notwithstanding, Jones’ legal team told jurors they should only award $1 for each of the eight counts against him.

During a dramatic reveal under cross-examination, Bankston told Jones that his attorneys had “messed up” and inadvertently forwarded two years’ worth of texts to opposing counsel.

Jones faces two more defamation trials with the next one occurring in September in Texas and a third trial in Connecticut.