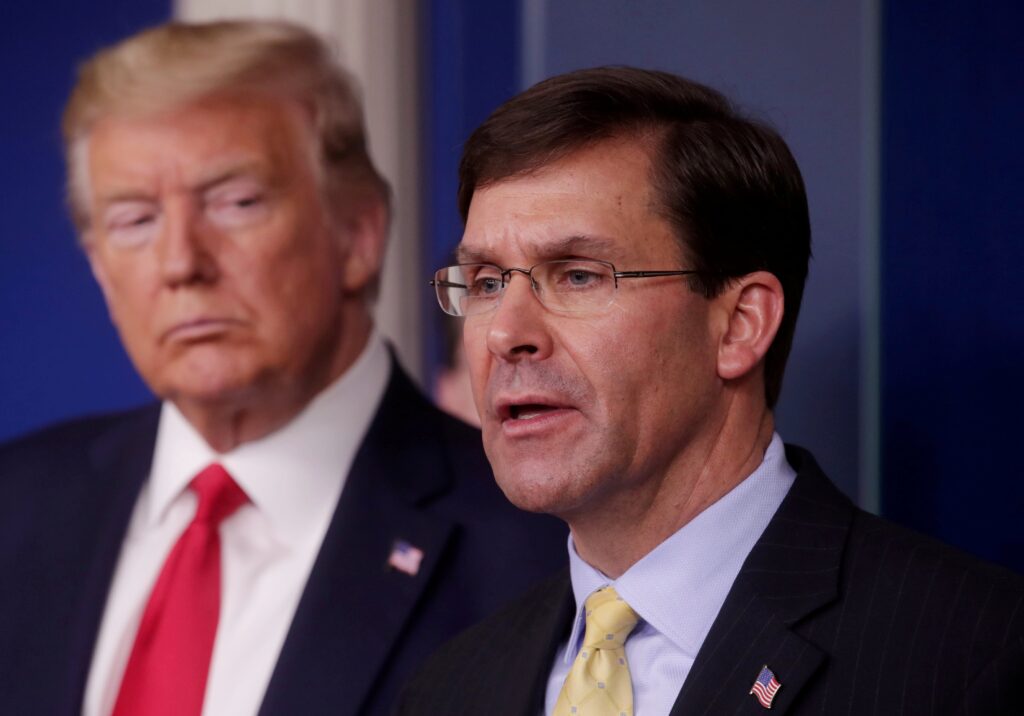 On November 28th, Mark Esper, who served as the defense secretary during the Trump administration, filed a lawsuit against the Department of Defense (DoD) in the U.S. District Court for the District of Columbia.

In his complaint, Esper says the DoD has “unlawfully imposed a prior restraint upon Mr. Esper by delaying, obstructing and infringing on his constitutional right to publish his unclassified manuscript entitled ‘A Sacred Oath’.”

According to the complaint, when Esper submitted his book for review he was confident that he hadn’t included any classified information or any information that would compromise national security. The DoD regularly reviews books by current and former government officials to make sure that the manuscripts don’t contain any classified information.  However, Esper says that when he got the manuscript back after six months, “multiple words, sentences, and paragraphs” from approximately 60 pages of the manuscript were redacted without explanation.

Esper had a contentious relationship with former president Donald Trump, and said that his memoir was an attempt to provide details about “an unprecedented time of civil unrest, public health crises, growing threats abroad, Pentagon transformation and a White House seemingly bent on circumventing the Constitution,” according to the suit.

In a statement to The New York Times, Esper said, “I am more than disappointed the current administration is infringing on my First Amendment constitutional rights. And it is with regret that legal recourse is the only path now available for me to tell my full story to the American people.”