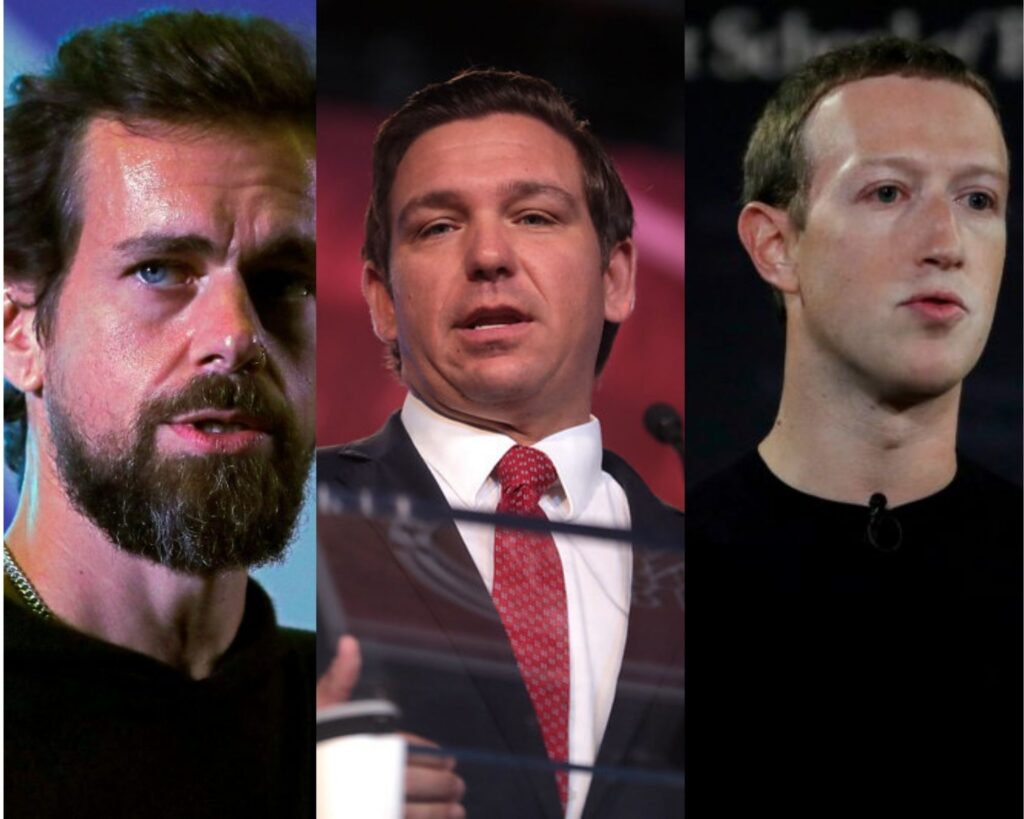 A Florida law signed by Governor Ron DeSantis on May 24, 2021, that regulates what speech social media companies must allow and disallow suffers from serious constitutional problems.  It already has been challenged in federal court by NetChoice, a lobbying firm that represents Twitter, Facebook, and other online companies, and Computer & Communications Industry Association.

“The Act discriminates against and infringes the First Amendment rights of these targeted companies, which include Plaintiffs’ members, by compelling them to host—and punishing them for taking virtually any action to remove or make less prominent—even highly objectionable or illegal content, no matter how much that content may conflict with their terms or policies,” the complaint in NetChoice LLC v. Brady  reads.

The law suffers serious constitutional problems.  It is hard to argue with Gilad Edelman’s piece in Wired that the law will “be laughed out of court.”  First of all, the Florida law conflicts with a federal law, 47 U.S.C. §230 (Section 230), which gives immunity to online service providers for the speech created by third parties. Section 230 preempts, or trumps, this Florida law under a concept known as the preemption doctrine, which is rooted in the Supremacy Clause found in Article VI of the United States Constitution. The Supremacy Clause reads that the U.S. Constitution, “and the Laws of the United States … shall be the supreme Law of the Land.”   The Florida law directly conflicts with Section 230 and, thus, is preempted.

The law also presents serious First Amendment concerns, as it allows the government to punish private companies for what speech they allow and disallow.  It engages in stark content-based and speaker-based discrimination.  It also infringes on the companies’ First Amendment rights of editorial discretion. Furthermore, it violates the compelled speech doctrine by compelling private companies and forces them to host certain expression.

Private social media companies are private actors who cannot be forced to host or provide a platform for particular speech. Some have argued that these companies should be treated like common carriers, as Justice Thomas did in his concurring opinion in Biden v. First Amendment Institute at Columbia University.  “In many ways, digital platforms that hold themselves out to the public resemble traditional common carriers,” Thomas wrote.

While Thomas made some interesting points in his opinion, that does not change the fact that, at this point in time, social media companies are private actors. Bottom line, this Florida law suffers from severe First Amendment and other constitutional problems. It is hard to see how a court challenge to this law would not be successful.