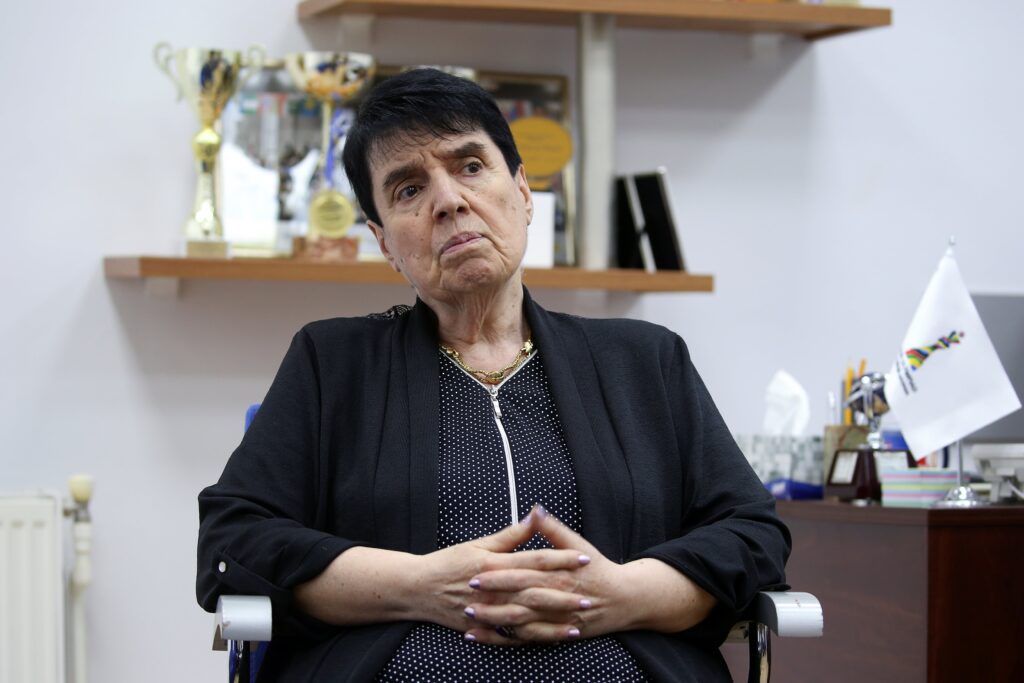 Nona Gaprindashvili, a Soviet-era chess grandmaster from Georgia, speaks during an interview in Tbilisi, Georgia May 10, 2019. Picture taken May 10, 2019. REUTERS/Irakli Gedenidze

Update: In June 2022, U.S. District Judge Virginia Phillips denied Netflix’s motion to strike and dismiss the case. In the ruling, Judge Phillips wrote that “Netflix does not cite, and the Court is not aware, of any cases precluding defamation claims for the portrayal of real persons in otherwise fictional works. The fact that the Series was a fictional work does not insulate Netflix from liability for defamation if all the elements of defamation are otherwise present.” Netflix then appealed the ruling to the U.S. Court of Appeals for the Ninth Circuit, but both parties reached a settlement agreement Sept. 6, 2022.

Nona Gaprindashvili, the first-ever female chess grandmaster, is suing Netflix for defamation over a statement made about her in its series, “The Queen’s Gambit.”

The suit, filed on September 16th in the U.S. District Court Central District of California, Western Division, alleges that a scene in the series derided Gaprindashvili’s career and damaged her reputation.

The scene in question occurs when the main character, Beth Harmon, is facing off against a Russian grandmaster at an international tournament. A radio commentator remarks that Harmon isn’t considered an important player by her male competitors. “The only unusual thing about her, really, is her sex.  And even that’s not unique in Russia. There’s Nona Gaprindashvili, but she’s the female world champion and has never faced men,” the commentator says.

In her suit, Gaprindashvili says that the statement that she “has never faced men” is “manifestly false, as well as being grossly sexist and belittling.”

“Netflix brazenly and deliberately lied about Gaprindashvili’s achievements for the cheap and cynical purpose of ‘heightening the drama’ by making it appear that its fictional hero had managed to do what no other woman, including Gaprindashvili, had done. Thus, in a story that was supposed to inspire women by showing a young woman competing with men at the highest levels of world chess, Netflix humiliated the one real woman trail blazer who had actually faced and defeated men on the world stage in the same era,” the complaint reads.

The complaint also says that Netflix added “additional insult to injury” by describing Gaprindashvili as Russian, despite knowing that she was Georgian. “Georgians had suffered under Russian domination when part of the Soviet Union, and had been bullied and invaded by Russia thereafter,” the complaint states.

Gaprindashvili claims that Netflix broadcast the statements knowing they were false, and with a reckless disregard for the truth (actual malice).  She is seeking at least $5 million in damages, and is asking that Netflix to remove the statement that she never faced men from the series.