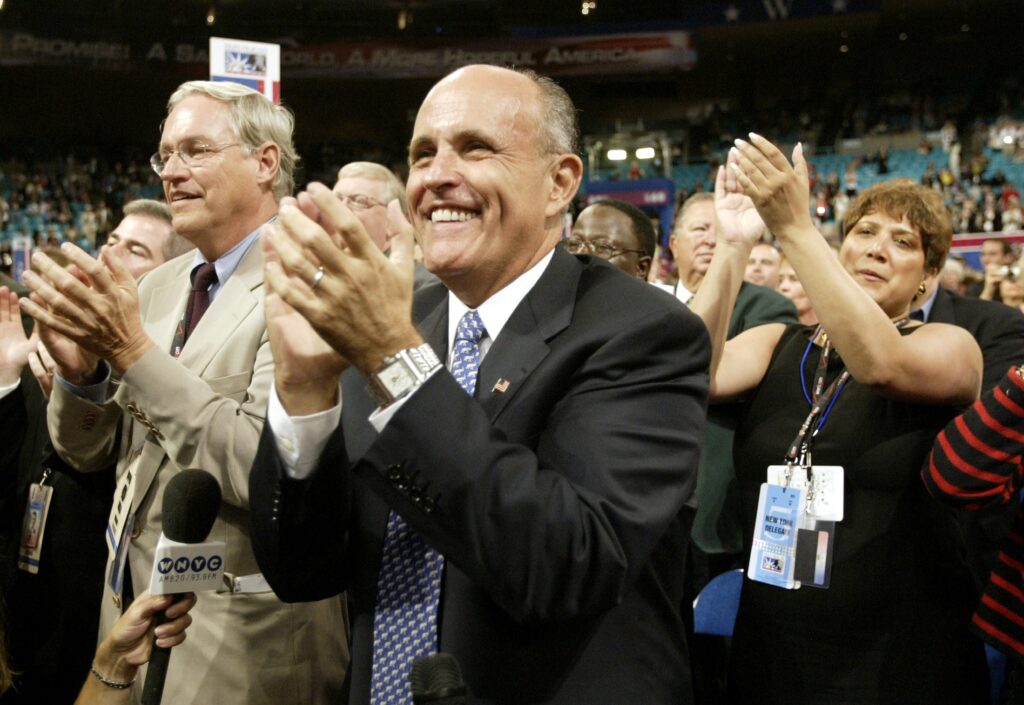 The 107-page complaint filed in the United District Court for the District of Columbia accuses Guiliani of carrying out a “viral disinformation campaign” against the voting systems company, and having “deceived millions of people into believing that Dominion had stolen their votes and fixed the election.”

The suit lists more than 50 false statements Guiliani has made on Twitter, in interviews, podcasts, and legislative hearings accusing Dominion of rigging the 2020 presidential election. Among the statements Guiliani made against the company was that it had “tried and true methods for fixing elections,” and that Dominion “notifies” election officials when they are too far behind so they can add in fake ballots.

The complaint also notes that Guiliani, along with Sidney Powell, another Trump former attorney who is also being sued by Dominion for defamation, assiduously avoided making false statements about the company in court. “Notably, not a single one of the three complaints signed and filed by Guiliani and other attorneys for the Trump Campaign in the Pennsylvania action contained any allegations about Dominion,” the suit said.

In order for Dominion to prevail in its defamation suit, it must prove by clear and convincing evidence that Guiliani issued a defamatory falsehood with a high level of “fault”—knowing that a statement was false or acting in reckless disregard as to the truth or falsity of the statement.

Dominion is also considering suing other individuals and media outlets that have made fraudulent statements about its role in the elections. Potential defendants include Mike Lindell, the CEO of My Pillow Inc., Fox Business host Lou Dobbs, Fox News, One America News Network, Newsmax, and even Trump.

Thomas Clare, the lawyer representing Dominion, told the New York Times, “We’re not ruling anybody out. Obviously, this lawsuit against the president’s lawyer moves one step closer to the former president and understanding what his role was and wasn’t.”

In a statement to the Times, Dominion CEO John Poulos said the suit was necessary not only to address the damage that’s been done to the company, but also to restore voters’ faith in elections.

“Not only have these lies damaged the good name of my company, but they also undermined trust in American democratic institutions, drowning out the remarkable work of elections officials and workers, who ensured a transparent and secure election. The thousands of hand recounts and audits that proved machines counted accurately continue to be overshadowed by disinformation.”