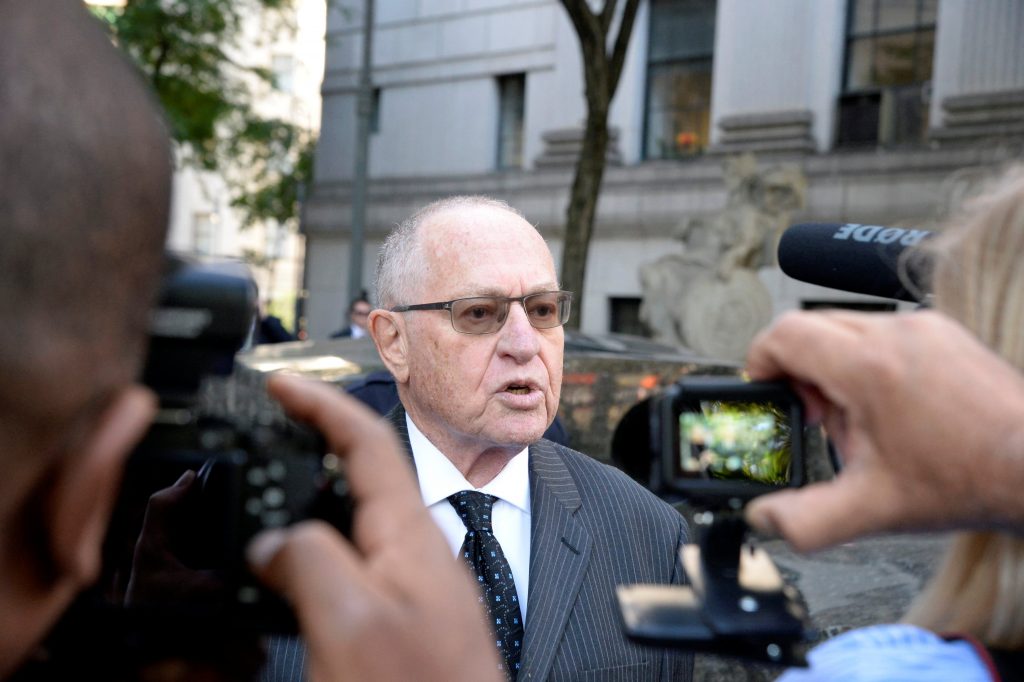 Update: Alan Dershowitz filed a countersuit against David Boies on February 12, 2019, accusing Boies and his firm of  “engaging in a sustained campaign to subvert the judicial process for purposes of disseminating outrageous, knowingly false and defamatory claims accusing Dershowitz of sexual abuse.”

According to the complaint, Dershowitz, who has been accused by two women of sexually abusing them when they were underage, has publicly and falsely disparaged Boies in the media on nine separate occasions.  “In an effort to distract attention from his own misconduct, Defendant has engaged in a campaign to vilify each of the lawyers how have represented his victims, one of which is Plaintiff,” reads the complaint.

Boies represented Virginia Guiffre (whose maiden name is Roberts) who alleged in a 2014 suit that Jeffrey Epstein “trafficked” her to Dershowitz for sex. Dershowitz, who denies the allegations, said in a November 28, 2018 article in the Miami Herald, “‘The story was 100 percent categorically made up,’ he said, adding that Roberts and her attorneys fabricated the assertion in order to get money from other powerful, wealthy people she alleges she had sex with.”

In a December 18, 2018 piece in the New York Daily News, Dershowitz accused Boies of causing another woman, Sarah Ransome, to falsely accuse Dershowitz of sexual assault. “The villain here is David Boies, who is exploiting a crazy woman in order to get revenge against me,” Dershowitz told the newspaper.

And on December 19, 2018 in a letter to the editor of the Daily News, Dershowitz wrote that “Attorney David Boies threatened that unless I withdrew a bar complaint I had filed against him for falsely accusing me of sexual misconduct, he would find another woman to accuse me of similar misconduct.” Adding that Boies “has now found an unbalanced woman” who “only began to accuse me after meeting Boies.”

Boies, who says in the complaint that “defamation lawsuits are ordinarily an undesirable way to respond to public criticism,” claims that he has no reasonable alternative, and Dershowitz “essentially challenged” him to sue for defamation.