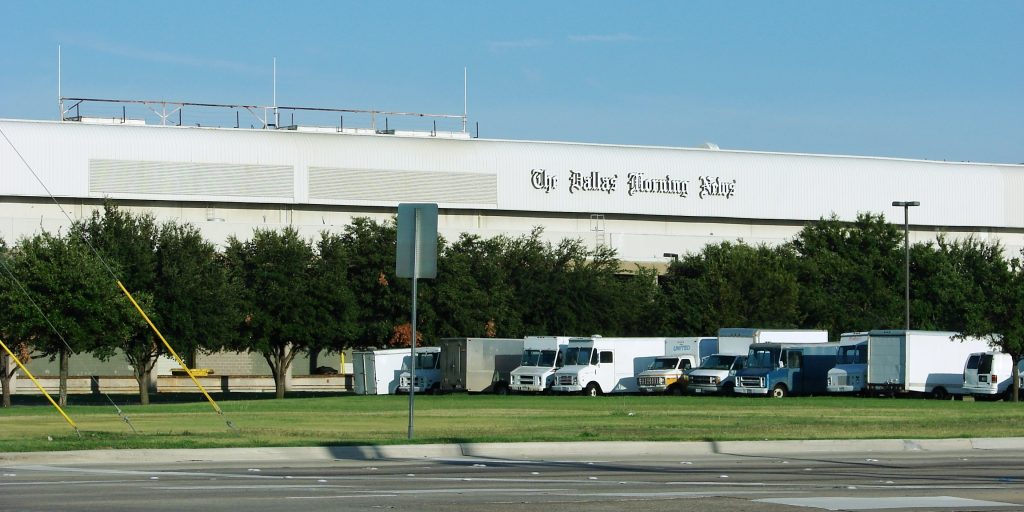 Parents of Paul Tatum, a teenager who committed suicide, sued now retired columnist Steve Blow at The Dallas Morning News for libel in regards to a piece he wrote in 2010 about their son’s death. The column, titled “Shrouding suicide in secrecy leaves its danger unaddressed” said, in part: “A paid obituary in this newspaper reported that a popular local high school student died from injuries received in a car crash. When one of my colleagues began to inquire, thinking the death deserved news coverage, it turned out to have been a suicide. There was a car crash, all right, but death came from a self-inflicted gunshot wound in a time of remorse afterward.” The column did not mention Tatum by name, and its author did not contact the family before its publication.

Tatum’s parents argued that the newspaper implied that they were to blame for their son’s suicide.  A trial court dismissed the claims on appeal, but the claims were revived after concluding that the column could be construed as defamatory to the family’s reputation. The columnist appealed the decision in the Texas Supreme Court, arguing that the First Amendment protected the opinion piece. The high court sided with Blow and The Morning News.

The decision pointed to the informal, first-hand nature of the column as indication that it was written subjectively and as an opinion piece.  “The column does not implicitly accuse the Tatums of being deceptive people in the abstract or by nature. Instead, it accuses them of a single, understandable act of deception, undertaken with motives that should not incite guilt or embarrassment. And it does so using language that conveys a personal viewpoint rather than an objective recitation of fact.”

“The publication of Blow’s column may have run afoul of certain journalistic, ethical, and other standards. But the standards governing the law of defamation are not among them,” wrote Justice Jeff Brown, a former Texas Supreme Court chief justice who handled the case in the Supreme Court. “But the court focused on core principals of free speech in the context of defamation law. And I think the court properly followed a long line of precedent in finding the column is protected by the First Amendment.’’