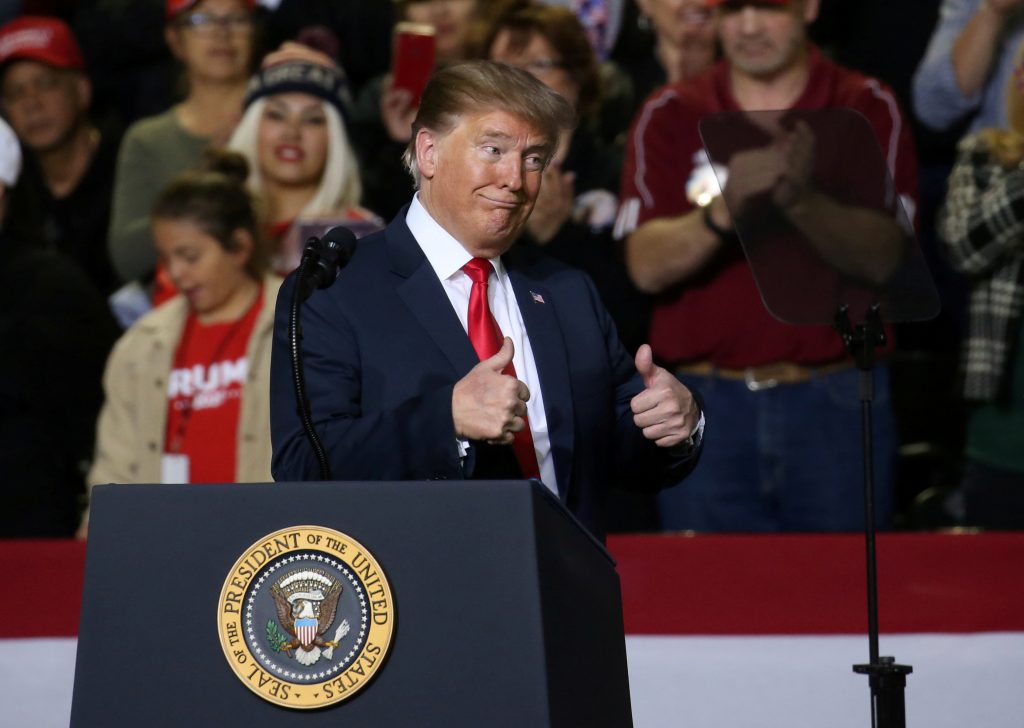 A man in a red “Make America Great Again” hat shoved and yelled at a BBC cameraman during a Trump campaign rally at the El Paso County Coliseum, briefly interrupting the president’s speech.

BBC cameraman Ron Skeans was working on a raised press platform during the rally when he says a “very hard shove” came unexpectedly. The cameraman’s colleagues say that the physical attack followed repeated verbal assaults on the media throughout the event.

BBC Washington Correspondent Gary O’Donoghue told the BBC Radio that the attack was “incredibly violent,” and a result of the hostility directed towards the press during Trump’s rallies. “This is a constant feature of these rallies – a goading of the crowds against the media,” O’Donoghue said.

Paul Danahar, BBC News’ Americas Bureau Chief, said on Twitter that he wrote to White House press secretary Sarah Huckabee Sanders requesting a full review of security arrangements for the media following the attack. “Access into the media area was unsupervised. No one in law enforcement intervened before, during, or after the attack,” he wrote.

In a statement in response to the attack, Sanders said, “President Trump condemns all acts of violence against any individual or group of people – including members of the press. We ask that anyone attending an event do so in a peaceful and respectful manner.”

The Trump campaign also issued a statement saying that an individual was “involved in a physical altercation” with a cameraman during the rally, but was removed. “We appreciate the swift action from venue security and law enforcement officers,” the statement said.

The White House Correspondents’ Association condemned the attack in a statement by the association’s president, Olivier Knox:

“The White House Correspondents’ Association condemns the physical attack on our colleague at the president’s rally in El Paso, Texas. We are relieved that, this time, no one was seriously hurt. The president of the United States should make it absolutely clear to his supporters that violence against reports is unacceptable.”

Read more on the alarming attacks on The Alarming Rise in Verbal and Physical Threats to the Press.