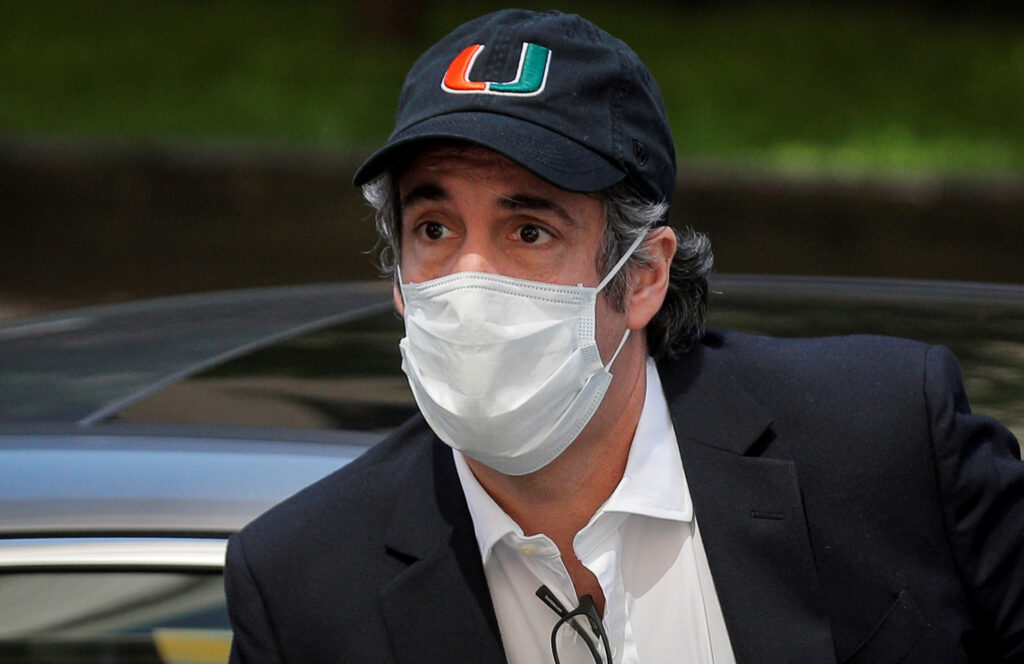 Michael Cohen, the former lawyer for U.S. President Donald Trump, arrives back at home after being released from prison during the outbreak of the coronavirus disease (COVID-19) in New York City, New York, U.S., May 21, 2020. REUTERS/Brendan McDermid/File Photo

Update 7/23/2020: Federal judge orders Michael Cohen to be released from prison. Says the government’s purpose for transferring him from home confinement to jail is “retaliatory.”

Lawyers for Michael Cohen, President Donald Trump’s former personal lawyer, filed a petition on July 20th calling for his immediate release from prison. Filed in the United States District Court for the Southern District of New York, the petition argues that Cohen’s First Amendment rights were violated when the Justice Department sent him back to prison in retaliation over his plans to publish a book about working for Trump.

Cohen, who pleaded guilty in 2018 to multiple federal crimes, was sent to prison in May 2019, but was released this May due to coronavirus concerns. While on furlough, Cohen spoke openly about wanting to publish a tell-all.

According to CNN, a prison administrator contacted Cohen after a New York Post photographer captured him eating at a restaurant and told him that while he had not violated his release, “it would be best if [he] remained at home to avoid any further media scrutiny or further upsetting ‘Washington’.”

After that call, Cohen went with one of his lawyers, Jeffrey Levine, to a federal courthouse where he was asked to sign a form that asked him to stop posting on social media as a condition of his release. The agreement also would have barred him from speaking to the media and publishing his book. Cohen refused, and was taken into custody for declining to sign the agreement.

“The First Amendment forbids Respondents from imprisoning Mr. Cohen in retaliation for drafting a book about the President and for seeking to publish that book soon–an intention he expressed publicly in recent weeks and also privately to Respondents when presented with the categorical prior restraint on his speech. This Court should grant the Petition and order Mr. Cohen’s immediate release to home confinement,” the petition states.

The petition was filed by Cohen’s lawyers at Perry Guha and the American Civil Liberties Union. In a statement shared with Axios, Ben Wizner, director of the ACLU’s Speech, Privacy, and Technology Project, called the agreement Cohen was  asked to sign an “unconstitutional prior restraint” and his imprisonment “part of a dangerous pattern of retaliation against Trump critics.”