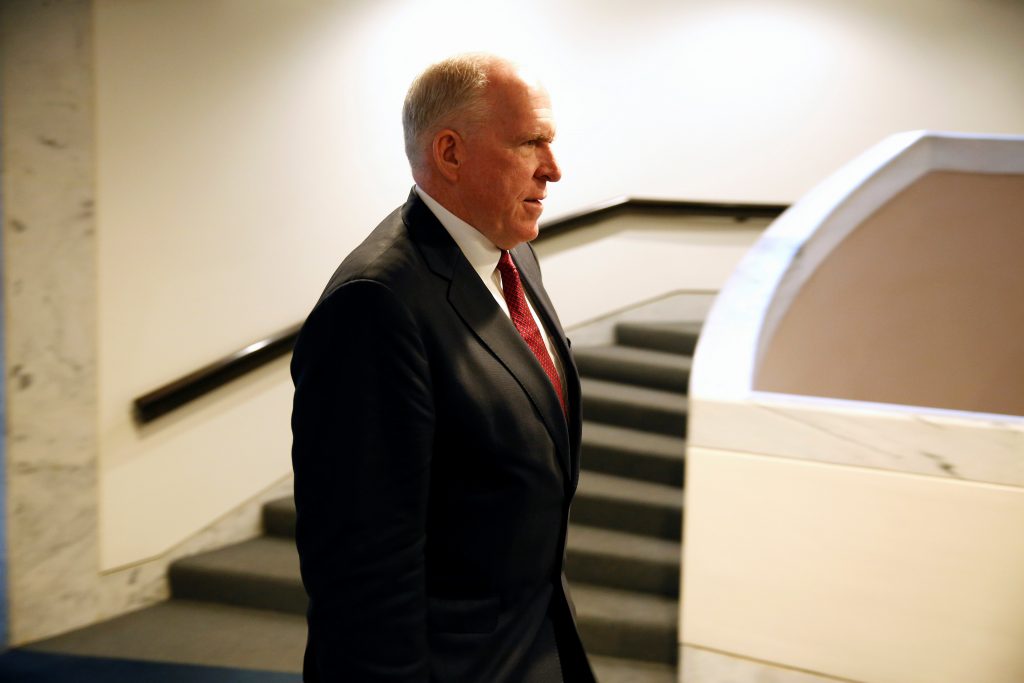 President Trump implied that the reasoning behind why he revoked John Brennan’s security clearance is because of criticism, noting in a tweet that Former Director of National Intelligence James Clapper “is being nice” to him to keep his clearance.

Even James Clapper has admonished John Brennan for having gone totally off the rails. Maybe Clapper is being nice to me so he doesn’t lose his Security Clearance for lying to Congress!

In an op-ed in the New York Times, Brennan argues that the gesture was an attempt by Trump to silence “anyone who would dare challenge him.”

President Trump blamed Brennan for the ongoing special counsel investigation into alleged Russian interference with the 2016 election and drew a connection to the removal of his security clearance in an interview with the Wall Street Journal.

President Trump revoked former CIA Director John Brennan’s security clearance, citing what he calls “a series of unfounded and outrageous allegations, wild outbursts on the internet and on television” about his administration. The Trump administration is evaluating the clearances of other law enforcement and intelligence officials as well.

Brennan responded to the action saying that the action is part of a broader effort for Trump to suppress freedom of speech.

This action is part of a broader effort by Mr. Trump to suppress freedom of speech & punish critics. It should gravely worry all Americans, including intelligence professionals, about the cost of speaking out. My principles are worth far more than clearances. I will not relent. https://t.co/TNzOxhP9ux

Brennan, who served in roles under the Obama and Bush administrations, has been a vocal critic of President Trump’s. Just a day prior, Brennan slammed President Trump’s standards of civility in a tweet.

It’s astounding how often you fail to live up to minimum standards of decency, civility, & probity. Seems like you will never understand what it means to be president, nor what it takes to be a good, decent, & honest person. So disheartening, so dangerous for our Nation. https://t.co/eI9HaCec1m

“I believe the president has grossly abused his authority and violated Mr. Brennan’s First Amendment right to speak freely. The president’s actions are therefore unconstitutional and demand a response from Congress.”