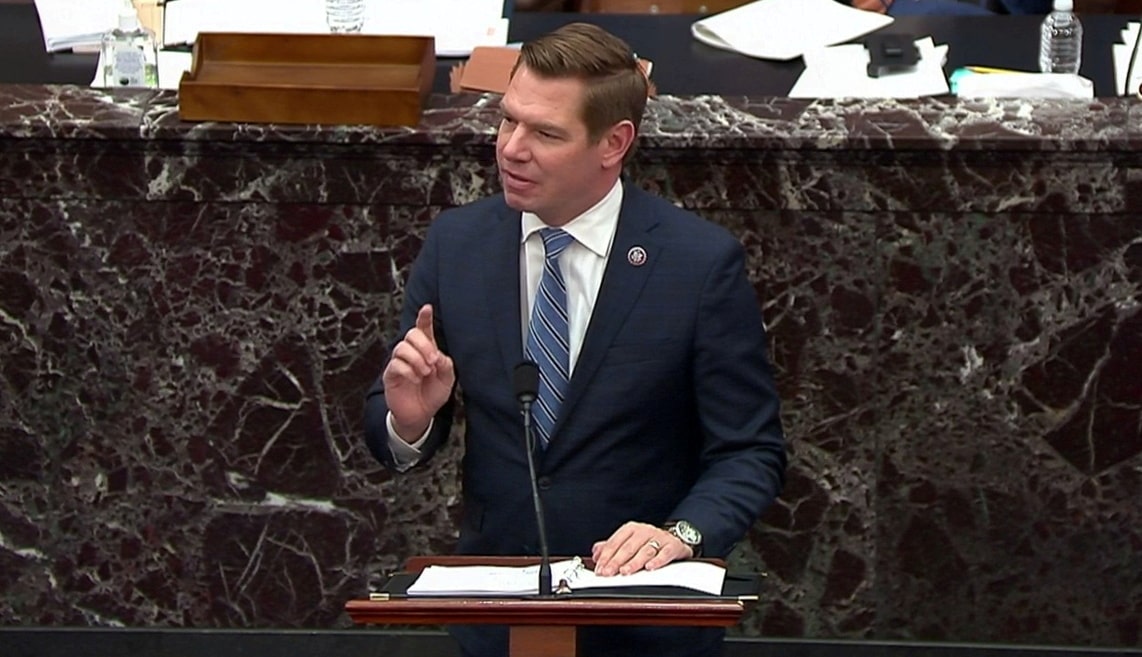 Much like the case that was laid out during Trump’s second impeachment trial, Swalwell’s lawsuit also asks the judge to consider Trump’s behavior in the months leading up to the Capitol attack. He argues that Trump’s speech on the day of the attack, in which he urged supporters to march to the Capitol, should be interpreted as a last-ditch effort to undo the election results.

A day before Joe Biden's inauguration, the Justice Department under Donald Trump made a last-minute effort to undo a major court decision related to public official's social media accounts.