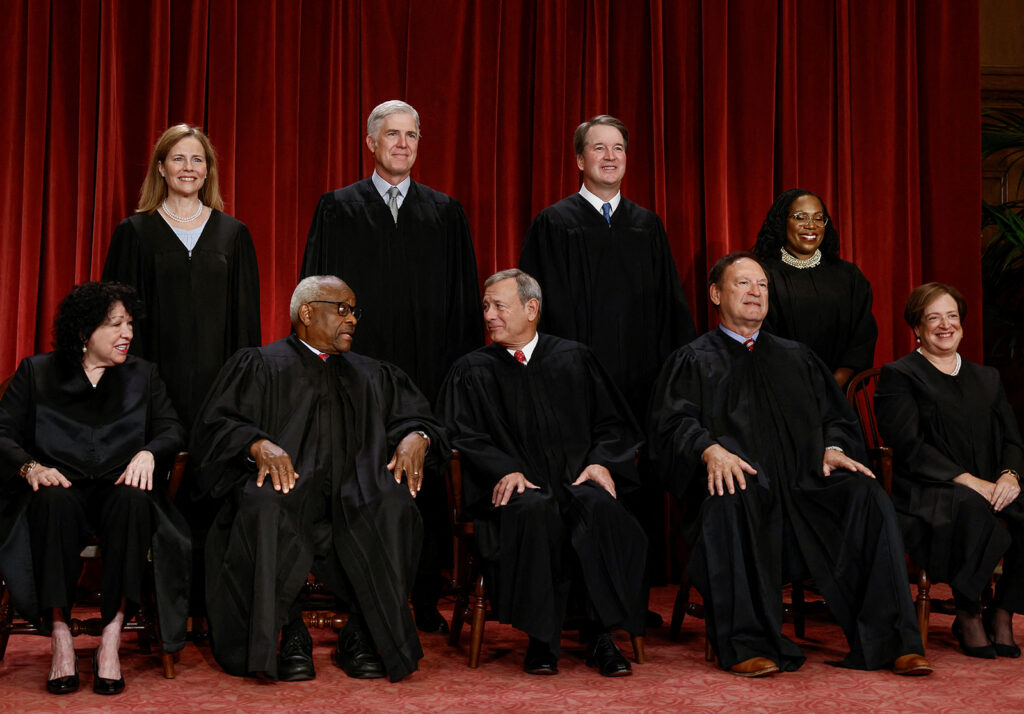 More than 50 years ago, the U.S. Supreme Court declared in Watts v. United States (1969) that “[w]hat is a threat must be distinguished from what is constitutionally protected speech.” But, the court did not give a clear definition of what constitutes this category known as true threats. Instead, the court ruled that Robert Watts, a young Black war protester, engaged in a form of “hyperbole” rather than a threat when he said, “If they ever make me carry a rifle the first man I want to get in my sights is L.B.J.” – referring to then-President Lyndon Baines Johnson. The court explained that Watts’ language was a form of crude political opposition to the president, not a threat to his life.

But, today in this age of increased political polarization and the ubiquity of social media communications, the need for a clear definition of what exactly constitutes a true threat is even more important. Political polarization has caused some individuals to use very harsh, vituperative language in criticizing those with whom they disagree. This problem has grown exponentially with social media. As Lyrissa Barnett Lidsky and Linda Riedemann Norbut note in their law review article, “Considering the Context of Online Threats”: “As billions of people have flocked to social media, the amount of threatening and hateful speech to be found there has grown massively.” Because of the sheer amount of hateful and threatening speech posted, the need for clarity regarding true threats becomes even more important.

The Supreme Court could provide much-needed clarity to this area of law if it grants review in Counterman v. Colorado – a case involving a man who sent what the Colorado Court of Appeals called “clusters” of messages to the accounts of a local musician, who suffered significant emotional distress from Counterman’s “creepy” and “weird” messages.  For example, he sent messages to her like “I’ve had tapped phone lines before. What do you fear?” and “I’m currently unsupervised. I know, it freaks me out too, but the possibilities are endless.”

The Colorado Court of Appeals affirmed Counterman’s conviction, rejecting Counterman’s defense that he engaged in protected speech rather than a true threat. The Colorado appeals court, quoting an earlier decision, said that in the case of true threats made via social media, a court should consider several contextual factors, including:

The appeals court reasoned that the reaction of the local musician, who canceled some of her performances and expressed genuine fear of Counterman, was enough to reject his free-speech arguments and elevate his speech to that of true threats.

Counterman appealed to the Colorado Supreme Court, which declined review. He then filed a petition for writ of certiorari to the U.S. Supreme Court, contending that “lower courts continue to disagree about the standard for determining what constitutes a true threat under the Constitution.” Counterman argues the court needs to clarify whether a true threat requires a defendant to subjectively intend to utter a threatening statement or whether it is enough to evaluate whether a statement is threatening based on a type of reasonable person standard.

The Cato Institute has filed an amicus brief, urging the court to take Counterman’s petition in part because “[g]ranting certiorari would allow the Court to resolve fundamental, unsettled, and urgent questions about the “true threats” exception.” One of these unresolved questions is exactly what mental state a defendant must have in order to utter a true threat. For example, can a defendant be convicted for recklessly uttering a statement that others deem threatening?

The Rutherford Institute, another civil liberties group, echoes similar concerns. “The very existence of ambiguity over whether and when the government may criminally prosecute someone for the content of their speech is a serious threat to liberty,” says the group in its amicus brief. “The situation is more alarming given that the Nation is undergoing a communications revolution, driven by unprecedented new forms of online expression—and unprecedented new attempts by government to monitor and restrict such expression.”

The closest the Supreme Court has come to offering a definition of a true threat came in the cross-burning case of Virginia v. Black (2003) when Justice Sandra Day O’Connor wrote that, to be unprotected speech, the defendant must intend to convey a threat even if they have no intention to carry through with an attack: “‘True threats’ encompass those statements where the speaker means to communicate a serious expression of an intent to commit an act of unlawful violence to a particular individual or group of individuals. . . . The speaker need not actually intend to carry out the threat.”

After Virginia v. Black, the court’s language in defining a true threat left much to be desired. Since, lower courts have disagreed over the proper standard for determining whether speech is a true threat. Some courts focus more on whether a reasonable third-party would regard the statements as threatening. Other courts focus more on the intent of the speaker. They require that the speaker subjectively intend that the speech is threatening.

At least one justice has publicly recognized the need to address what constitutes a true threat. Justice Sonia Sotomayor recognized this in Perez v. Florida (2017), a case involving a man who received 15 years in prison for uttering that he could “blow the whole place up” and “I’m going to blow up this whole [expletive] world.”

While she agreed with her colleagues that this particular case was not proper to review for procedural reasons, Sotomayor warned that “Robert Perez is serving more than 15 years in a Florida prison for what may have been nothing more than a drunken joke.” She also urged her colleagues to clear up the true-threat doctrine and determine “precisely what level of intent suffices under the First Amendment” for speech to constitute a true threat.

Sotomayor is correct. She and her colleagues need to flesh out the meaning of the true-threat exception to the First Amendment. With the rise in sharp political rhetoric and the ubiquitous attacks against individuals on social media, speakers and writers need to know where the line is drawn. As the Rutherford Institute explains, liberty and individual freedom hang in the balance.

David L. Hudson, Jr. teaches Constitutional Law and First Amendment classes at Belmont University College of Law. He is the author of The Constitution Explained, Let the Students Speak: A History of the Fight for Free Expression in American Schools, First Amendment: Freedom of Speech (2012), and many other books.