Are Student Walkouts Protected By the First Amendment? 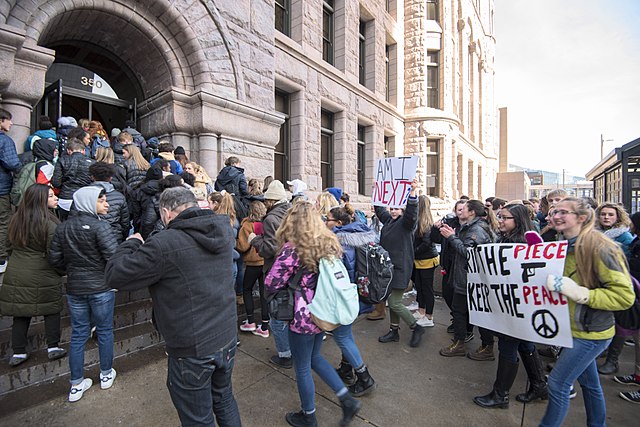 After the mass shooting at Marjory Stoneman Douglas High School in Parkland, Florida, students around the country quickly began to protest gun violence. One way gaining much attention: student walkouts. School administrators have responded both positively and negatively to these demonstrations. Now various advocacy groups are calling for  a national walkout for 17 minutes at 10 a.m. March 14 in solidarity with the victims of the Florida tragedy. Are these protests protected by the First Amendment?

The New York Times provides live updates on the protests across the country.

March 1, 2018: Parents and Students Told to Know Their Rights During National School Walkout

The nationwide student movement against gun violence keeps growing as the planned March 14 walkout comes closer, and many school administrators across the country are working to make sure students can safely and peacefully participate.

An excerpt from Catherine J. Ross’ Lessons in Censorship on First Amendment Watch offers a look at “the troubling and growing tendency of schools to clamp down on off-campus speech such as texting and sexting and reveals how well-intentioned measures to counter verbal bullying and hate speech may impinge on free speech. Throughout, Ross proposes ways to protect free expression without disrupting education.” Ross is a professor at George Washington University Law School where she specializes in constitutional law (with particular emphasis on the First Amendment), family law, and legal and policy issues concerning children.

Newseum Institute’s First Amendment experts, Gene Policinski and Lata Nott, discuss whether or not school walkouts are protected by the First Amendment.