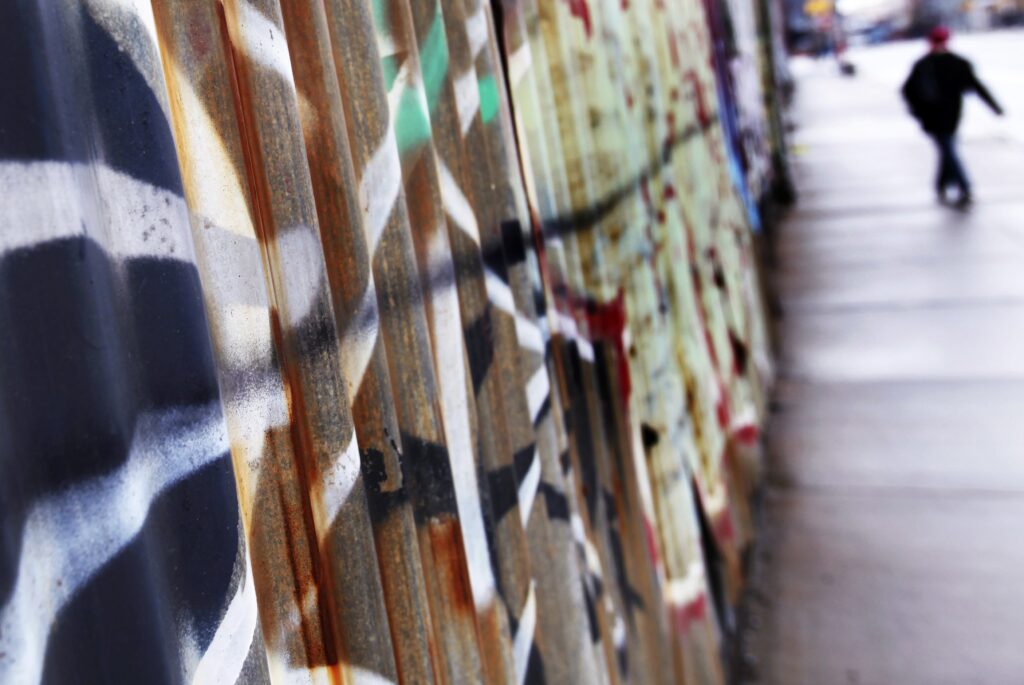 A woman walks by a wall of graffiti in the Brooklyn borough of New York February 28, 2011. REUTERS/Shannon Stapleton

According to the complaint, the mural, entitled “Death from Above,” had been on display in Brooklyn for nearly 13 years. The artist, Michael McLeer (who is also known as “Kaves”), filed the lawsuit in U.S. District Court for the Eastern District of New York. Kaves alleges that members of the NYPD and volunteers covered the mural with gray paint while carrying out a community-police graffiti clean up campaign. The complaint includes a screenshot of an April 10th tweet from the account of the NYPD 84th Precinct showing Kaves’ mural being removed.

See our Teacher Guide on Government Censorship of Art

The complaint asserts that “…the City lacked the budget to undertake the cleanup which they sought to fill by recruiting untrained volunteers, the NYPD failed to investigate the basis of ‘tips’ they received through an ad hoc email account, failed to inquire about the permitted status of the artwork to property owners and operators, and made on-the-fly judgments about which artworks to target for the cleanup.”

The plaintiff claims his mural was allowed by the owner of the wall. The complaint seeks to distinguish between permitted and unpermitted street artwork, emphasizing that “[u]pon information and belief, Defendants did not ask the property owner, tenant, nor the artist Kaves whether the Mural was authorized by the property owner.” The complaint further alleges that “…upon information and belief, NYPD does not even have a protocol in place to confirm with property owners whether the murals and artworks were created with permission. This also means that the NYPD lack a clear directive on how to instruct their police officers and so-called volunteers how to properly discern ‘vandalism.’”

Kaves alleges a violation of free speech rights, and is requesting the Court to certify the case as a class action lawsuit: “As a direct and proximate result of the misconduct and abuse of authority described above, Plaintiff and each and every member of the Plaintiff Class will be deterred and chilled from freely expressing their messages and speech through murals, aerosol art, street and graffiti art. That their artworks can be removed, mutilated, modified, or destroyed arbitrarily and without any notice by the police, their messages silenced, and their reputations minimized, their artworks treated like litter that needs to be ‘cleaned up’ will discourage artists from creating artwork, exercising free speech and expression.”