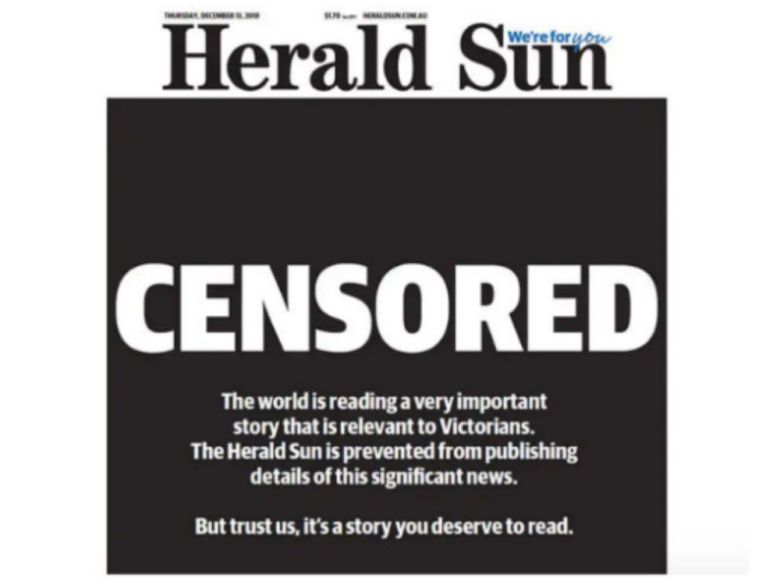 Some of Australia’s most well-known journalists and largest news organizations have been summoned to appear in court next month at a preliminary hearing for allegedly violating the suppression order that prevented reporting on the Pell case in any format accessible from Australia. The 23 journalists face possible prison charges and the 13 news organizations could be fined. Some of the news outlets alluded to Pell’s conviction in December, publishing cryptic articles.

February 26, 2019: Details Of Pell Case Can Finally Be Reported

A judge lifted the suppression order in the case of Cardinal George Pell, allowing news outlets to report that he was found guilty of child sex abuse in December. The legal restrictions were dropped when prosecutors decided to not move forward with a second trial.

Paul Farhi of the Washington Post reports on US outlets that are complying with the Australian suppression order. He notes that The New York Times did not mention the conviction on their site, rather only reported on the outcome of the case in their US print edition.  The New York Times and other outlets like the Associated Press and Reuters have bureaus in Australia, so reporting on the case could be risky.

The Australian media is grappling with how to cover a high-profile case of a high-ranking Vatican official who was convicted on five counts of child sexual abuse in light of a suppression order, the equivalent of a gag order, placed on reporting on the verdict. The front pages of the Herald Sun and The Daily Telegraph,  both daily newspapers owned by News Corp, are a striking example of this struggle.

"A statement to our readers…The world is reading a very important story that is relevant to Victorians. The Herald Sun is prevented from publishing details of this significant news." https://t.co/bzFOluucy9 pic.twitter.com/J0vSkBrB1g

Should US Outlets Have Heeded The Australian Order?

Should US outlets abide by a gag order in a different country? Mathew Ingram of Columbia Journalism Review (CJR) delves into this question, making note that the Washington Post, one of  the only mainstream news outlets to publish the news, received some pushback and raised eyebrows for doing so.

Why Are Gag Orders Issues And Are They Obsolete In The Digital Age?

Back in March, Mark Pearson, Professor of Journalism and Social Media at Griffith University, explained the reasoning for the gag order restrictions in cases like this one and questions whether it needs to be reassessed in a digital age.