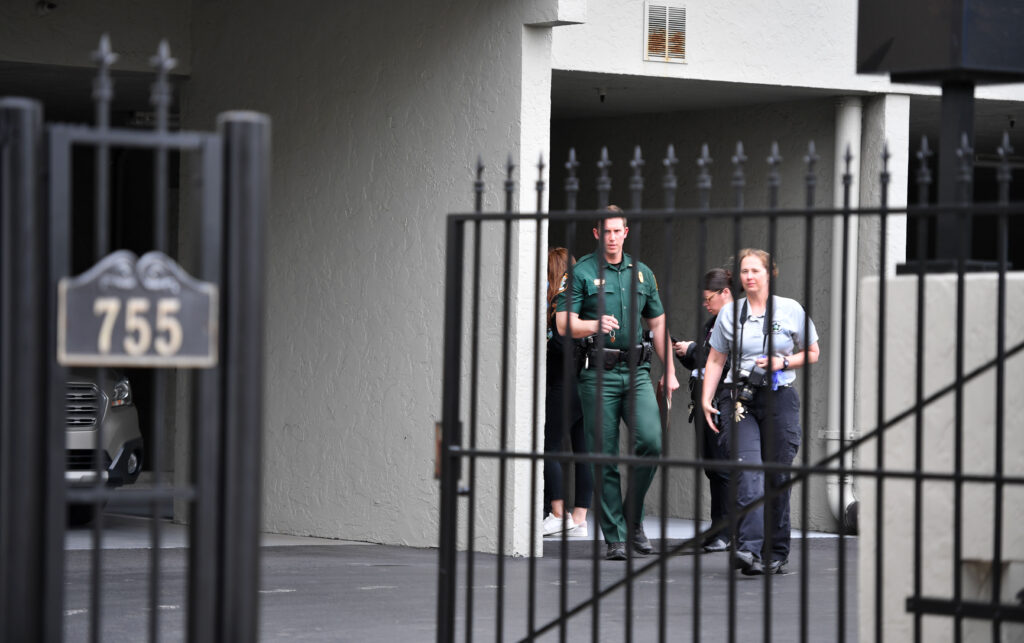 A 58-year old man was fatally shot by a Sarasota County Sheriff’s deputy Friday morning in Palm Place Condominium at 755 S. Palm Ave. According to sheriff’s office spokesperson Kaitlyn Perez, three deputies were attempting to evict the man when he armed himself with a knife and was shot by one of the deputies. (Sarasota Herald-Tribune/Mike Lang)

Editor’s note: This story, originally published June 14, 2022, is presented in its entirety with permission from the Sarasota Herald-Tribune.

The ruling, which granted the injunction without notice to the Herald-Tribune, is an unconstitutional prior restraint of the press, prohibited by the First Amendment to the U.S. Constitution as well as the Florida Constitution, according to the newspaper’s emergency motion to dissolve the injunction. The motion was filed Monday by Carol Jean LoCicero and James B. Lake, from the firm of Thomas & LoCicero in Tampa, which represents the Herald-Tribune.

“Freedom of speech means that it’s up to the Herald-Tribune to decide whether to report information in its possession, especially facts about such a significant matter as a fatal shooting by law enforcement,” Lake said. “We fully expect that, once our arguments are heard, the injunction will be set aside.”

The injunction was signed at 6:30 p.m. Friday night by Chief Circuit Judge Charles E. Roberts and says the Herald-Tribune is “enjoined from publishing … the personal information of Deputy Doe #1 and Deputy Doe #2, including but not limited to their names until further order of this Court.”

“We appreciate that the chief judge has signed a temporary order preventing the release of information until an expedited hearing can be held to resolve the parties’ differing interpretations of the privacy protections afforded to our deputies by Marsy’s Law and the Florida Constitution,” Sarasota Sheriff Kurt Hoffman wrote in a statement released Tuesday through the agency’s general counsel.

Late Wednesday afternoon, that hearing was scheduled for Tuesday, June 21, 11 days after the injunction was issued.

The last names of three deputies involved in a call for a court-ordered eviction in which one of them shot and killed Jeremiah Evans in Sarasota on April 1 were provided to the Herald-Tribune by the State Attorney’s Office in response to a routine public records request for a letter in which prosecutors had ruled the shooting was justified.

The Sheriff’s Office contends the identities of the deputies, including the one who killed Evans, are confidential under Marsy’s Law, which voters added to the Florida Constitution in 2018 and gives certain protections to crime victims.

Many law enforcement agencies now cite the law to withhold names of officers who use deadly force, saying they are crime victims because they fired their gun after a crime such as an assault or battery was committed against them. Previously in Florida, such names were routinely made public, allowing journalists and citizens to review the officers’ past experience and work records. 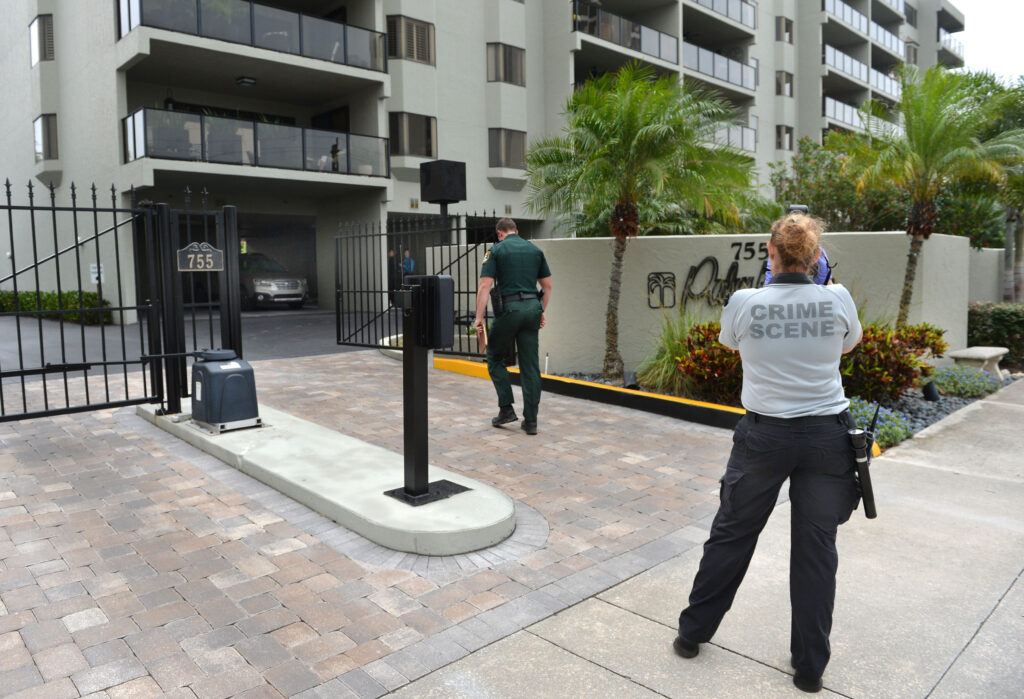 A 58-year old man was fatally shot by a Sarasota County Sheriff’s deputy Friday morning in Palm Place Condominium at 755 S. Palm Ave. in the City of Sarasota. According to sheriff’s office spokesperson Kaitlyn Perez, three deputies were attempting to evict the man when he armed himself with a knife and was shot by one of the deputies. (Sarasota Herald-Tribune/Mike Lang)

At the time of the incident at the Palm Place Condominium in Sarasota, sheriff’s officials said the three deputies were trying to evict the 58-year-old Evans, who had not paid rent, when he armed himself with a knife, came at deputies and was shot by one of them.

In response to a public records request, prosecutors released a one-page letter signed by Chief Assistant State Attorney Craig Schaeffer clearing the deputy who fired the shot and including the three deputies’ last names. The document concluded Evans “took steps towards the deputies while holding the knife in front of him in a threatening manner” and that the deputy’s “shooting of the decedent was the result of justifiable use of deadly force.”