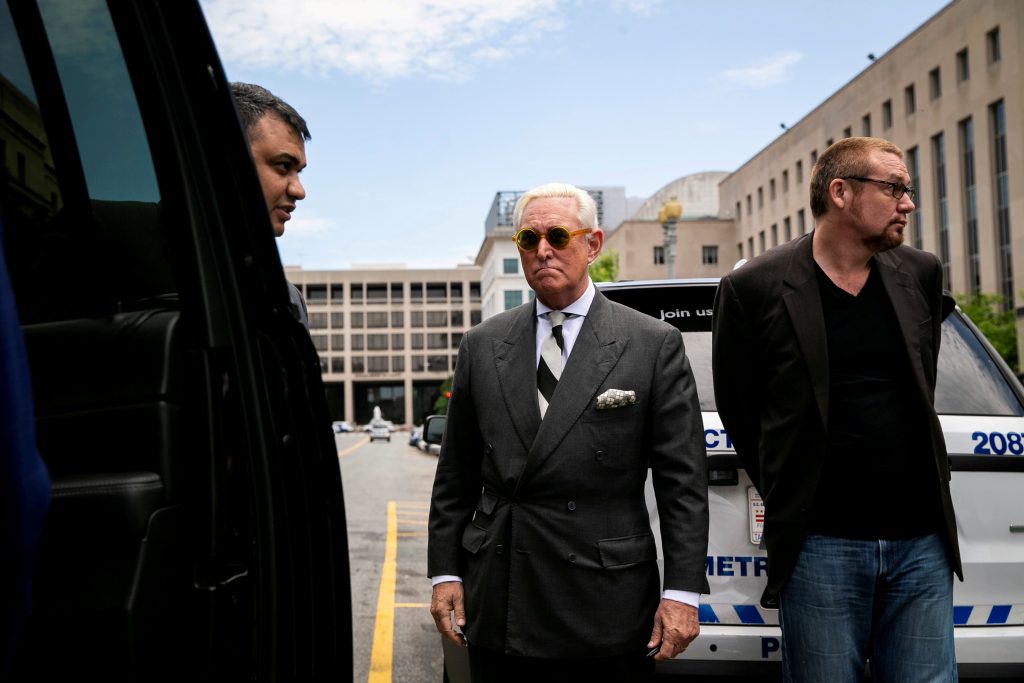 Roger Stone departs a hearing to convince a judge to dismiss charges stemming from Special Counsel Robert Mueller’s probe into Russian interference in the 2016 election, at U.S. District Court in Washington, U.S., May 30, 2019. REUTERS/Al Drago

Roger Stone, former advisor to Donald Trump, has filed a petition with the United States Court of Appeals for the District of Columbia arguing that the current gag order imposed on him and his family constitutes a prior restraint. According to the petition, the current gag order fails traditional First Amendment standards because it is too broad and because it does not specify how Stone’s speech poses “a clear and present danger.”

U.S. District Judge Amy Berman Jackson issued the order in February after the defendant violated an earlier order that all participants in the case refrain from speaking publicly in ways that “pose a substantial likelihood of material prejudice to this case or are intended to influence any juror, potential juror, judge, or witness, or interfere with the administration of justice.”

Stone, who used Instagram to criticize the judge and post an image of her with crosshairs on it, later apologized for his actions. According to The Washington Post, Stone also used his Instagram account to accuse top levels of government involved in the investigation of corruption. These actions prompted the judge to revise the order so that “there [could] be no misunderstanding.”

The new order issued on July 16, 2019 stated, “The defendant is prohibited from making statements to the media or in public settings about the Special Counsel’s investigation or this case or any of the participants in the investigation or the case. The prohibition includes, but is not limited to, statements made about the case through the following means: radio broadcasts; interviews on television, on the radio, with print reporters, or on internet-based media press releases or press conferences, blogs or letters to the editor, and posts on Facebook, Twitter, Instagram, or any other form of social media.”

The gag order also restricts Stone from using third parties, including family members, to comment indirectly about the case.

In his petition, Stone’s lawyers argue that the court’s order is so broad that it chills family members’ speech. “[They] fear that the government, or the court, may claim that what they say is ‘directed’ by Roger Stone.”