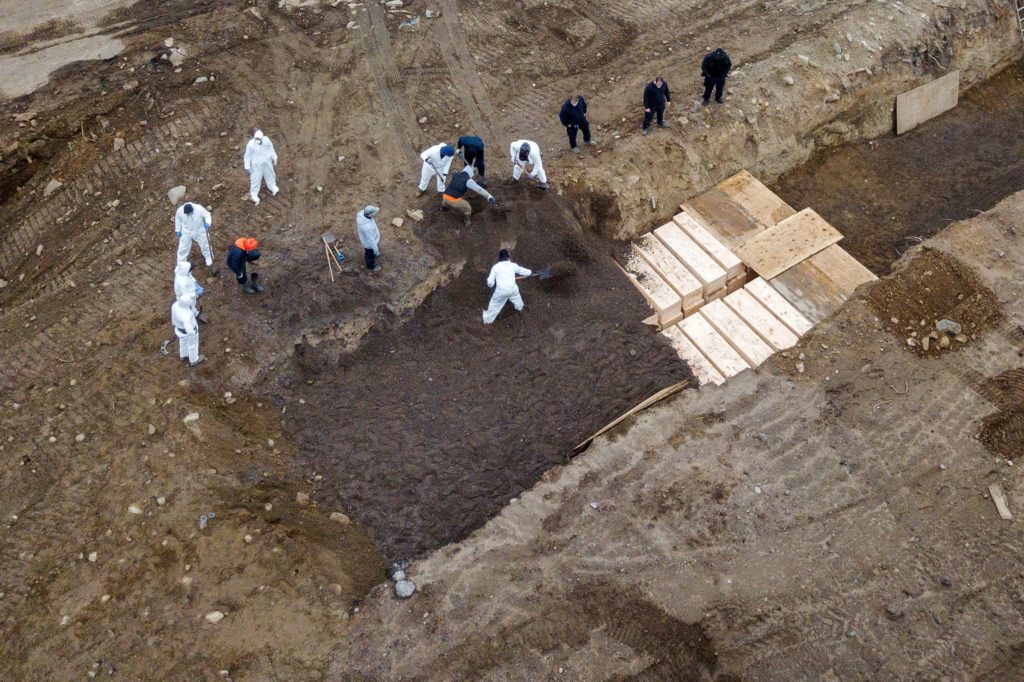 On April 16th, the New York Police Department seized the drone of a photojournalist who was documenting mass burials on Hart Island. Historically used as a potter’s field, the island off the coast of New York City is now being used to bury some of the residents who have died from the coronavirus.

According to the Gothamist, George Steinmetz, an aerial photographer with 35 years of experience shooting for National Geographic and The New York Times Magazine, believed the photos are newsworthy.

“These are humans, and they’re basically being treated like they’re toxic waste, like they’re radioactive,” he told the news organization.

The NYPD officers seized Steinmetz’s small drone as evidence, and issued him a misdemeanor summons for “avigation law,” a more than 50-year old law that was implemented to prohibit aircraft from taking off or landing outside of NYC airports.

According to an Instagram post Steinmetz shared describing his encounter with police, the photojournalist’s court date is tentatively scheduled for mid-August.

Mickey Osterreicher, the general counsel for the National Press Photographers Association, issued a statement in response to the incident.

“While public safety is certainly part of any reasonable time, place, and manner restrictions imposed on traditionally First Amendment protected activities, we are very concerned that this antiquated ‘avigation’ law is being used in an arbitrary and capricious manner to chill newsgathering efforts to report on a matter of grave public concern, especially when the drone flight appear to be in compliance with current FAA airspace regulations,” Osterreicher said.