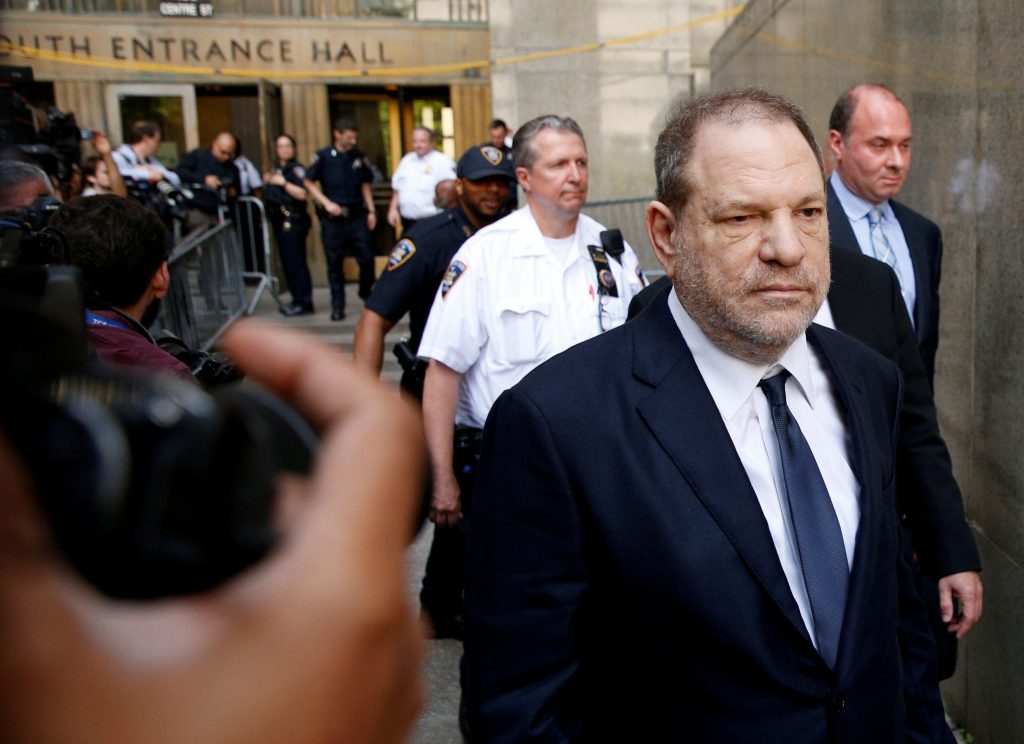 For a teaching guide on the right to a fair trial and the right of a free press, click on the box below.

Judge James Burke opted to keep a pretrial hearing in the upcoming Harvey Weinstein sexual assault trial closed to the public and the media. The media had petitioned the judge to open the proceedings, saying that the court hadn’t met the “high legal standard” required to close the hearing.

According to the Associated Press, the judge said that keeping the courtroom closed was the only way to avoid tainting the jury pool, given that the hearing dealt with information that was “prejudicial” to Weinstein. The defense and prosecution were sparring about whether to let accusers who aren’t  involved in the criminal trial to testify.

The news organizations also want access to a transcript of the hearing and related documents that are under seal.

The trial has been postponed until September.

April 22, 2019: News Organizations Argue that Both Sides Have Not Met the Legal Standard in their Request for a Closed Courtroom

A group of 14 major news organizations are petitioning a New York judge to allow open access to a key hearing set for this Friday in the Harvey Weinstein criminal case, arguing that both the prosecution and defense have not met a high legal standard in their request to ban the media and the public from the hearing.

The hearing is to determine whether prosecutors can bring other accusers not involved in the upcoming June trial against Weinstein, to testify in order to bolster the claims of the two accusers in the case. The disgraced movie producer is being charged with five counts of sexual assault.

Both the prosecution and the defense want the hearing to be closed to the public. Weinstein’s lawyers argue that news coverage of the potential testimony and evidence could sway the jury and negatively impact Weinstein’s right to a fair trial; prosecutors contend that a closed hearing would protect the privacy of the women whose testimony is not part of the criminal charges. Manhattan Supreme Court Justice James M. Burke sealed the motions from both sides.

A lawyer for the media organizations, Robert Balin, says closing the courtroom is an “extreme remedy” and is pointless in safeguarding Weinstein’s right to a fair trial given the fact that allegations against him from more than 80 women have been widely reported:

“Simply put, Weinstein is the focal point of the #MeToo movement and the alleged ‘bad acts and uncharged crimes’ at issue here have been indelibly burned into the public consciousness already. As such, the Parties are unable to demonstrate (as they must) that there is a substantial probability that the repetition of this widely known information in open court will have a meaningful effect on the opinions of potential jurors or otherwise prejudice Weinstein’s right to a fair trial.”

The judge agreed to hold a preliminary hearing on Friday to weigh the arguments ahead of the evidence hearing, but lawyers for the news organizations requested that their arguments be heard earlier so they can appeal if he rules against them.

The New York Daily News Editorial Board fought back against the judge who kept the Weinstein pretrial hearing closed to the public: “Closed courtrooms are not part of the American tradition.”