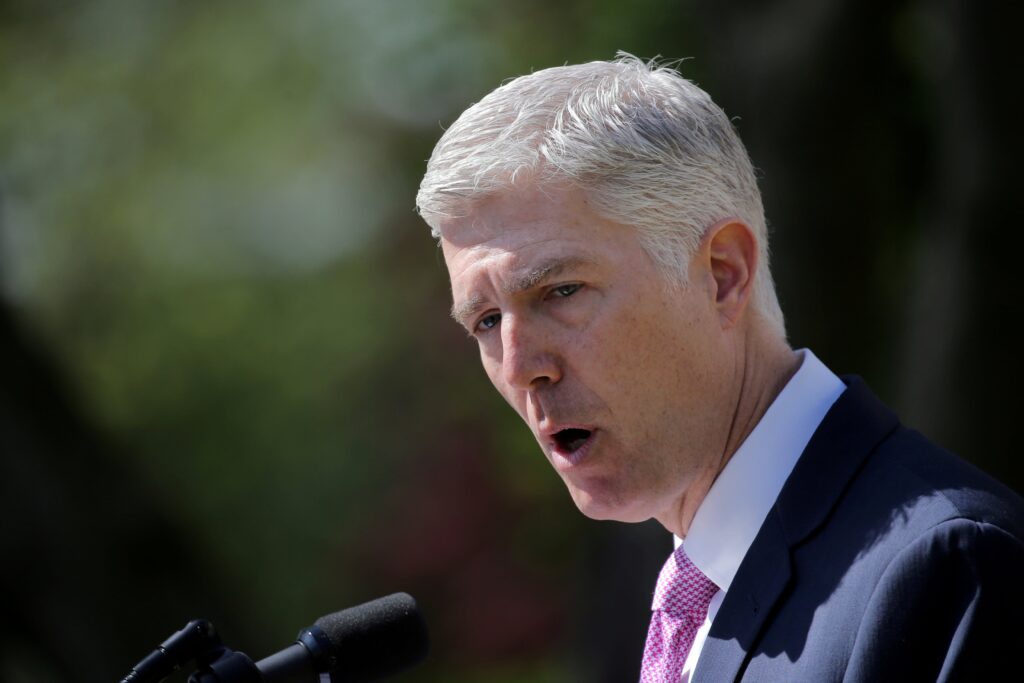 Judge Neil Gorsuch speaks after his swearing as an associate justice of the Supreme Court in the Rose Garden of the White House in Washington, U.S., April 10, 2017. REUTERS/Carlos Barria/File Photo

A key argument advanced in Mahanoy Area School District v. B.L. over the frustrated cheerleader kicked off her squad for an off-campus social media post concerns that of parental rights. Brandi Levy vented her frustration at not making the varsity squad with a string of “f-bombs”on Snapchat. She made her now infamous post on a Saturday outside a convenience store with a friend.

In response, coaches and school officials assumed the role of super-parent and kicked her off the squad for a year. This overreaction not only infringed upon Levy’s First Amendment free-speech rights but also infringed on the liberty interests of parents to rear and discipline their children.

Earlier, I joined an amicus brief filed by “Law and Education Professors” in this case that argued punishing students for off-campus social media posts threatens parental rights. The brief explains:

The U.S. Supreme Court recognized the due process liberty interest of parents to rear their children as they see fit in a pair of decisions in the 1920s:  Meyer v. Nebraska (1923) and Pierce v. Society of Sisters (1925). In Meyer, the Court invalidated a Nebraska law that forbade the teaching of languages other than English to students before the eighth grade. In Pierce, the Court invalidated an Oregon law that prohibited parents from sending their kids to private schools.

As I explain in Let the Students Speak!: A History of the Fight for Freedom of Expression in American Schools, these Supreme Court rulings “invalidat[ed] laws that impacted or limited student rights.”  This shows that often the free-speech rights of students often coincide with the due process liberty interests of parents.

“… there’s some irony n the fact that as avenues for expression have increased for all of us through the Internet, this — this actually leads to more regulation of it by schools and that the authority for schools as in loco parentis grows and – and – and reduces the room for parental control and supervision.”

The question by Justice Gorsuch shows that the question of parental rights is at least on the Court’s radar.  And that is a good thing. Because it is parents, not schools, who should have the authority to discipline a kid for social media posts made outside a convenience store off campus.