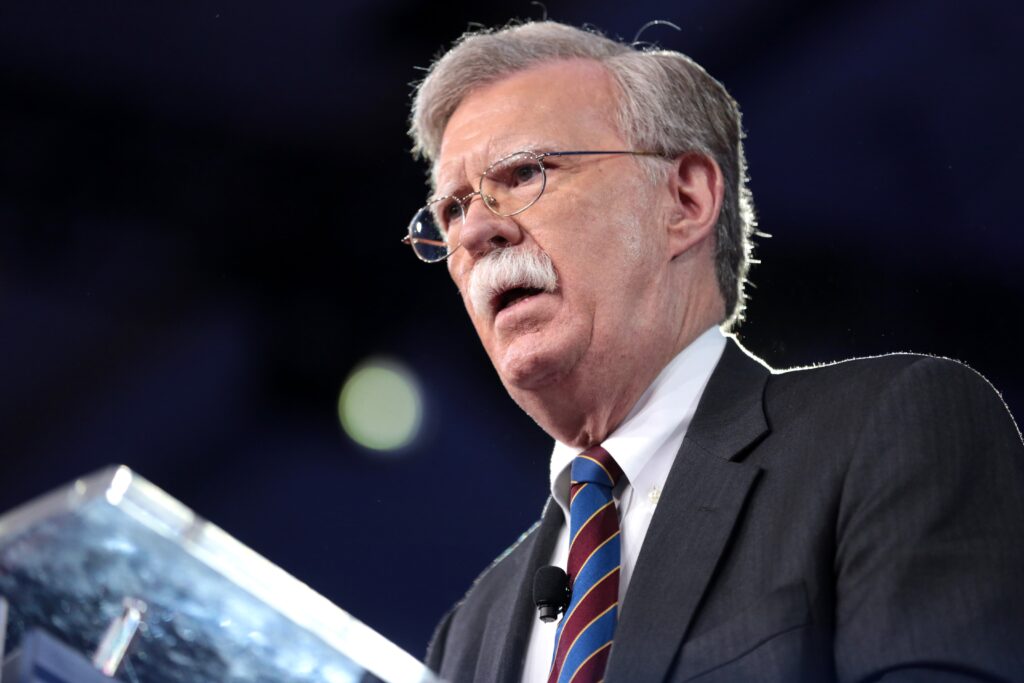 The Trump administration is looking to stop John R. Bolton, former national security adviser to the president, from publishing his memoir “The Room Where It Happened.” Bolton is pictured here speaking at an conference in Maryland in 2017. Gage Skidmore via Wikimedia Commons.

Update 6/22/2020: The  United States District Court for the District of Columbia declined the government’s request for a temporary injunction.

On June 16, the Justice Department sued President Donald Trump’s former national security adviser, John R. Bolton, in an attempt to block the publication of Bolton’s memoir the week before it was scheduled to release. The lawsuit was filed in the United States District Court for the District of Columbia.

The following day, the department also urged the court to issue a restraining order barring the book’s publisher, as well as any bookstores that have received the book, from disseminating copies.

The book, “The Room Where It Happened,” has already been distributed to sellers around the country and world, according to Bolton’s publisher, Simon & Schuster. The New York Times, NPR, and The Washington Post have also published reviews of the book, which include analysis of much of the allegedly sensitive information.

In their motion requesting a restraining order, the Justice Department argued that the book contained classified information and that disclosure of the manuscript would “damage the national security of the United States.”

In an op-ed for The Wall Street Journal published on June 10, Bolton’s lawyer, Charles J. Cooper said that his client had gone through an extensive pre-publication review process, working closely with the senior director for prepublication review at the National Security Council for a period of four months. After making several changes to the manuscript, Cooper says Bolton had received the director’s approval to move forward with publication.

But the Justice Department now says that Bolton also needed the White House’s special authorization, without which the pre-publication review process was incomplete.

In an op-ed for The Washington Post, First Amendment lawyer Ted J. Boutrous Jr. wrote that the courts were unlikely to grant the Trump administration a prior restraint.

“The Supreme Court has never upheld a prior restraint on speech about matters of public concern, and in the Pentagon Papers case refused to enjoin publication of a trove of classified information concerning the Vietnam War,” Boutrous wrote.