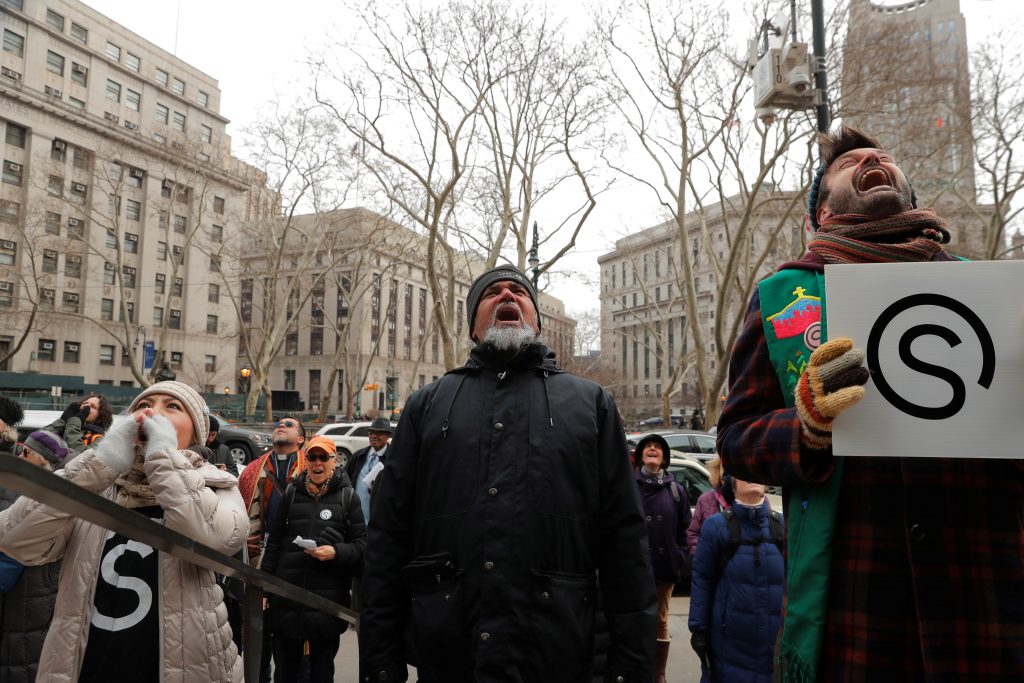 Immigration activist Ravi Ragbir asked the U.S. Court of Appeals for the Second Circuit to temporarily block the government from deporting him while he argues that his First Amendment rights were violated in a lawsuit against Immigration and Customs Enforcement (ICE). The lawsuit claims that ICE attempted to silence those speaking out against the Trump administration’s immigration policies. Ragbir was detained by ICE in January. Listen to the oral arguments here.

In an amicus brief filed in March, the Knight First Amendment Institute at Columbia University and the Institute for Constitutional Advocacy and Protection at Georgetown University Law Center argued that deportation as a form of retaliation for protected speech violates the First Amendment. Targeting Ragbir infringes on his constitutional rights, the brief says, which are afforded to all people in the country’s borders, regardless or not if they are citizens.

Supporters of Ragbir gathered together after his court appearance to recite the First Amendment in English and Spanish. (Video credits: Jordan Dunn)