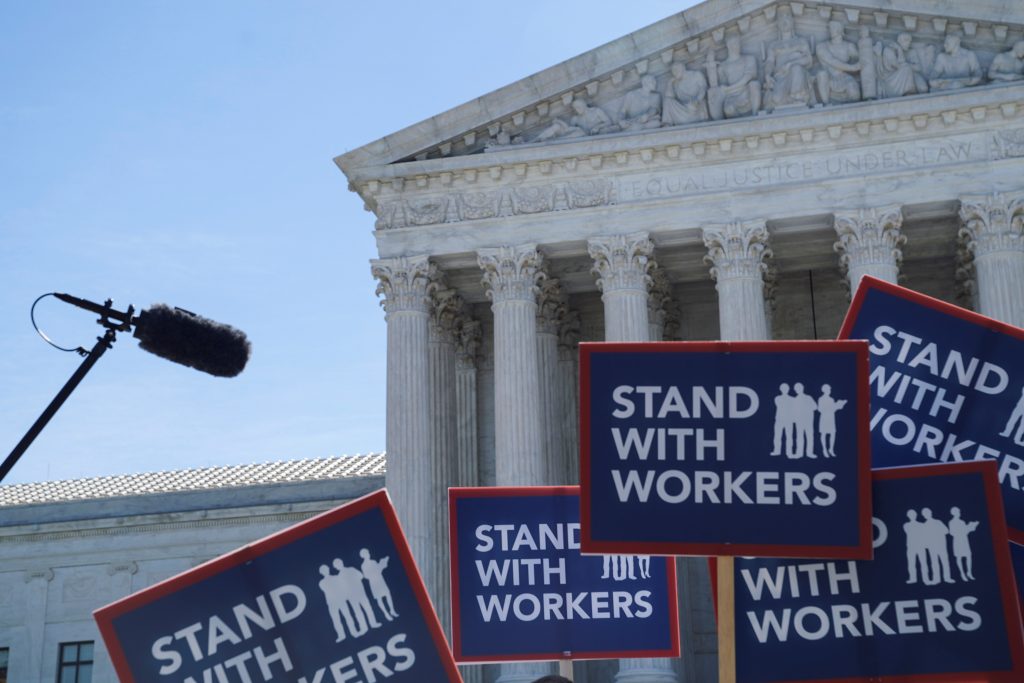 In a 5-4 decision, the Supreme Court justices struck down an Illinois law that required non-union workers to pay fees that go towards collective bargaining costs.

Last summer, public sector employee Mark Janus argued that the court should overrule a 1977 decision that required all employees affected by union negotiations to pay fees to cover collective bargaining costs, even if they opted out of the union. The fees are supposed to exclude covering political advocacy.

But Janus maintained that the monthly fee was unconstitutional and infringing on his First Amendment rights because they supported a form of political advocacy in the case of public employees whose contract negotiations are with the government.

The conservative justices agreed. The decision gives public sector employees the choice to no longer support unions that bargain on their behalf.

Justice Samuel Alito, author of the court’s opinion in the case wrote:

“Compelling individuals to mouth support for views they find objectionable violates that cardinal constitutional command, and in most contexts, any such effort would be universally condemned.”

“The First Amendment was meant for better things. It was meant not to undermine but to protect democratic governance—including over the role of public-sector unions.”