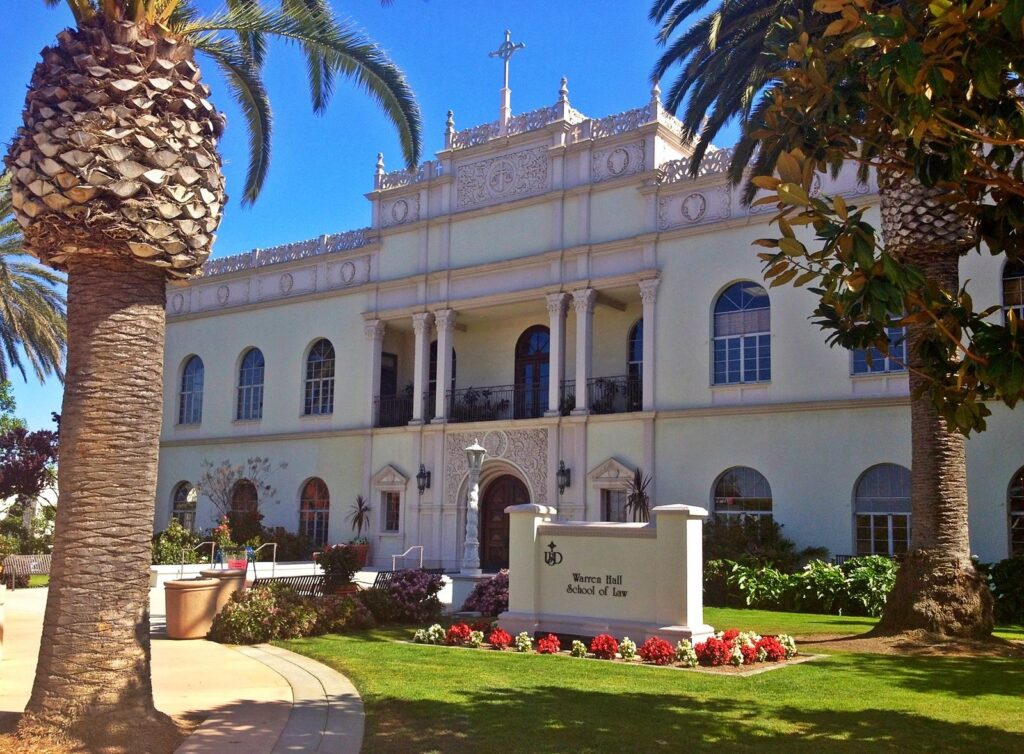 Warren Hall in the University of San Diego, California. Wikimediacommons.

A professor at University of San Diego School of Law is being investigated for a blog post he wrote criticizing the Chinese government.

In the post, published on March 10th, Professor Tom Smith shared an excerpt from a Wall Street Journal op-ed that called attention to Chinese government’s efforts to control the narrative about the origins of the coronavirus.

“If you believe that the coronavirus did not escape from the lab in Wuhan, you have to at least consider that you are an idiot who is swallowing whole a lot of Chinese cock swaddle,” Smith wrote.

The blog post triggered a formal complaint filed by the Asian Pacific American Law Student Association calling for Smith’s termination. The group had interpreted Smith’s post as an attack on Chinese people, and claimed that his language should be categorized as harassment.

Smith later added language to his post clarifying that it was meant as a criticism of the Chinese government and not the Chinese people.

“UPDATE: It appears that some people are interpreting my reference to ‘Chinese cock swaddle,’ as referent to an ethnic group. That is misinterpretation. To be clear, I was referring to the Chinese government,” the amended post now states.

On March 17th, USD Law Dean Robert Shapiro sent an email to the law school community announcing an investigation into Smith’s language, and stating that university policies “specifically prohibit harassment, including the use of epithets, derogatory comments, or slurs based on race or national origin, among other categories.”

“The University of San Diego School of Law is aware of the blog post of the faculty member.

While the blog is not hosted by the University of San Diego, these forms of bias, wherever they occur, have an adverse impact on our community. It is especially concerning when the disparaging language comes from a member of our community. A core value of the University of San Diego School of Law is that all members of the community must be treated with dignity and respect. University policies specifically prohibit harassment, including the use of epithets, derogatory comments, or slurs based on race or national origin, among other categories.

We have received formal complaints relating to the faculty member’s conduct, and in accordance with university procedures, there will be a process to review whether university or law school policies have been violated,” the statement read.

Multiple free speech groups have sent letters to Dean Shapiro asking him to drop the investigation into Smith. Although USD is a private institution and not bound by the First Amendment, it has made formal commitments to respecting its faculty members’ academic freedom. For example, USD’s policy manual adopts the American Association of University Professors’ 1940 Statement on Academic Freedom which ensures professors the right to engage in extramural speech without fear of institutional censorship or discipline.

The Foundation for Individual Rights in Education (FIRE) has sent various letters warning that an investigation could have a chilling effect on speech even if the school ultimately decides not to punish Smith.

The Academic Freedom Alliance, an alliance of college and university faculty members who advocate for academic freedom, also spoke out against USD’s investigation.

“This investigation is a clear threat to Professor Smith’s academic freedom. Blog posts are a form of what the American Association of University Professors calls ‘extramural speech.’Extramural speech is a protected form of academic freedom. When professors speak or write as citizens, they should be free from institutional censorship of discipline,” the organization said in a statement.