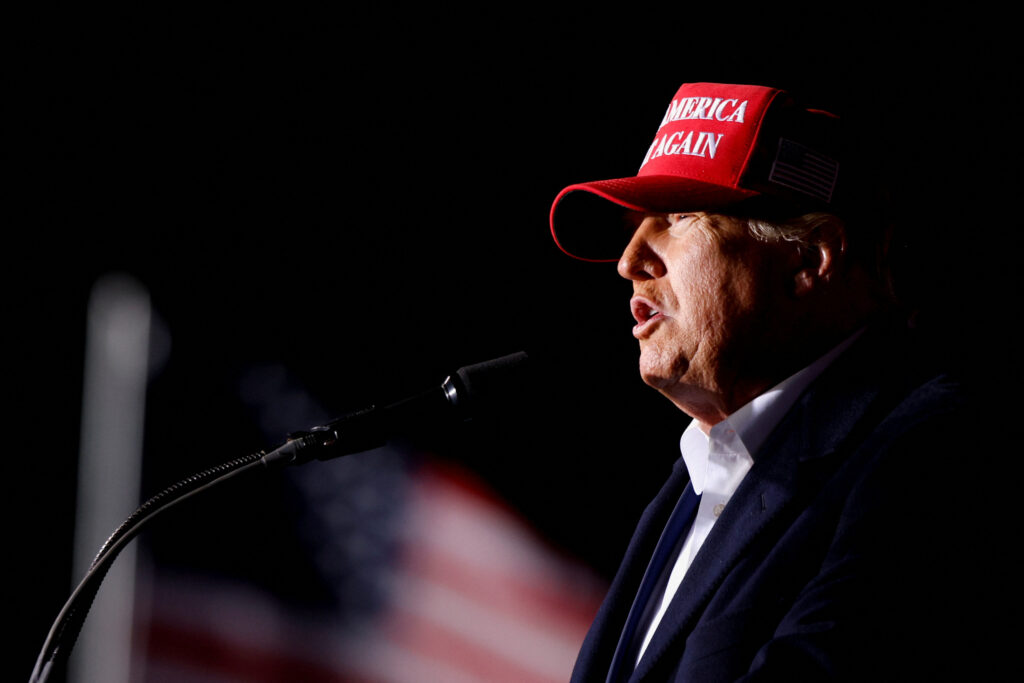 A federal judge ordered Donald Trump and his lead attorney Alina Habba to pay nearly $1 million in sanctions after filing a “frivolous” lawsuit to serve a political purpose, the judge wrote Jan. 19.

The lawsuit was filed March 24, 2022, in the U.S. District Court for the Southern District of Florida against 31 political adversaries of Trump, including Hillary Clinton and former FBI Director James Comey. U.S. District Judge Donald Middlebrooks imposed the $937,989.39 sanction on Trump, Habba and her law firm, Habba Madaio & Associates.

“This case should never have been brought. Its inadequacy as a legal claim was evident from the start,” Judge Middlebrooks wrote in his 46-page order. “No reasonable lawyer would have filed it. Intended for a political purpose, none of the counts of the amended complaint stated a cognizable legal claim.”

Judge Middlebrooks noted that he had “sifted through” the allegations in the complaint, which was 193 pages, found no discernible claim and that “the pleadings were drafted in a way to disguise that fact,” he wrote.

This case is another example of Trump’s predilection for filing provocative lawsuits, and his “pattern of misusing the courts to serve political purposes,” the order stated. “A continuing pattern of misuse of the courts by Mr. Trump and his lawyers undermines the rule of law, portrays judges as partisans and diverts resources from those who have suffered actual legal harm.”

“Mr. Trump’s deliberate use of a frivolous lawsuit for an improper purpose constitutes bad faith. And the behavior is not unique, but part of a plan, or at least a playbook.

And when a ruling is adverse, accusations of bias on the part of judges—often while the litigation is ongoing.”

The judge made special mention criticizing attorney Habba’s actions stating “The Pleading Contained Factual Allegations That Were Knowingly False Or Made With Reckless Disregard For The Truth.”

“The Plaintiff consistently misrepresented and cherry-picked portions of public reports and filings to support a false factual narrative. Often the report or filing actually contradicted his allegations. It happened too often to be accidental; its purpose was political, not legal.”

Judge Middlebrooks’ sanctions are based on expenses and fees as a result of Trump’s lawsuit, including the cost of electronic legal research, hourly rates of attorneys and the hours spent on the case.

“Here, we are confronted with a lawsuit that should never have been filed, which was completely frivolous, both factually and legally, and which was brought in bad faith for an improper purpose,” Judge Middlebrooks wrote. “Mr. Trump is a prolific and sophisticated litigant who is repeatedly using the courts to seek revenge on political adversaries. He is the mastermind of strategic abuse of the judicial process, and he cannot be seen as a litigant blindly following the advice of a lawyer. He knew full well the impact of his actions.”