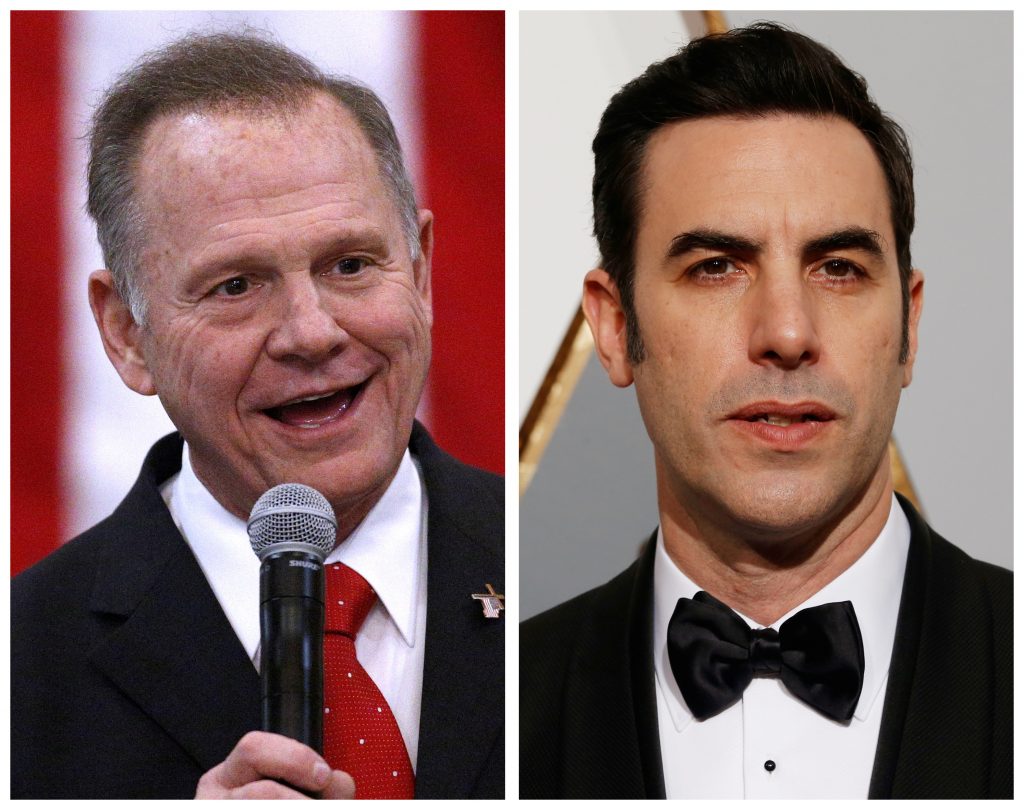 The suit was filed in September 2018, after Cohen’s satirical Showtime series, “Who Is America?,” aired a spot featuring Moore. Moore had flown to Washington, D.C. under the false impression that he was receiving an award for his support for Israel. Instead, he was interviewed by Cohen, who was playing an Israeli anti-terrorism expert. Cohen showed him a device that purportedly detected sex offenders, and when he waved the wand in front of Moore, the device started beeping.

Moore, who had been accused of sexual harassment by several women in 2017, sued Cohen, CBS, and Showtime for $95 million for defamation, intentional infliction of emotional distress, and fraud. (Moore has repeatedly denied the sexual harassment allegations.)

On July 13th, Judge John Cronan of the U.S. District Court for the Southern District of New York, dismissed the suit, saying that Cohen’s interview was “clearly a joke and no reasonable viewer would have seen it otherwise.”

“It is simply inconceivable that the Program’s audience would have found a segment with Judge Moore activating a supposed pedophile-detecting wand to be grounded in any factual basis,” Cronan wrote in his opinion. “Given the satirical nature of that segment and the context in which it was presented, no reasonable viewer would have interpreted Cohen’s conduct during the interview as asserting factual statements concerning Judge Moore.”

Moore’s attorney, Larry Klaman, told The Washington Post that he has already filed a notice of appeal and expects to challenge the ruling in the Second Circuit Court of Appeals.