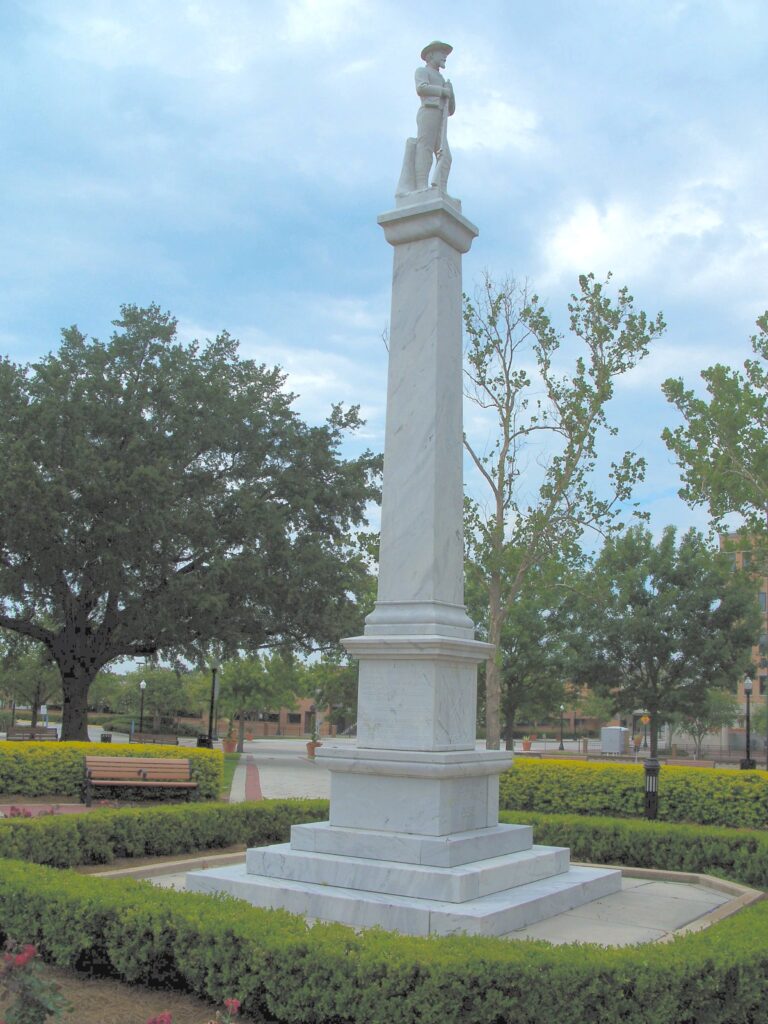 A Confederate statue in Munn Park in Lakeland, Florida, prior to its move to a nearby veterans’ cemetery. Photo via Ebaybe/Wikipedia Commons June, 2009.

Confederate heritage supporters who sued the city of Lakeland, Florida for removing a Confederate monument, lost their free-speech challenge because a federal appeals court ruled that the monuments are a form of government speech, and as such, are immune from First Amendment review.

The statue in question, a monument to Confederate soldiers, was built in 1910 and appeared prominently in Munn Park near the town square.  However, the city moved the monument in 2018 to a nearby veterans’ cemetery, so the Southern War Cry, Veterans Monuments of America, Sons of Confederate Veterans and Save Southern Heritage sued, alleging a First Amendment violation and a due process claim.

A federal district court, however, ruled that the plaintiffs lacked standing—or a sufficient legal stake in the matter —to pursue their claims.  The Eleventh Circuit affirmed on May 24th.

On remand in the district court, the plaintiffs filed an amended complaint in which they alleged additional facts showing they suffered particularized harm from the removal of the statue, including that they regularly visited the monument and gathered at the monument to educate and engage the public.

“Here, some of the plaintiffs’ newly alleged injuries are sufficiently ‘concrete’ and ‘particularized’,” the appeals court wrote.

However, the Eleventh Circuit also reasoned in its May 24th decision in Gardner v. Mutz that the plaintiffs had no valid First Amendment claim. The appeals court reasoned that the monuments were a form of government speech.

The Summum decision involved a religious group who sued a Utah city for failing to place its religious monument containing “the Seven Aphorisms of Summum.” The group argued the city engaged in impermissible viewpoint discrimination because it allowed the placement of a Ten Commandments monument but not its monument. The Supreme Court rejected the claim, finding monuments in a public park to be government speech.

In the Lakeland case, the Eleventh Circuit concluded that “the Citys’ relocation of the monument didn’t violate the plaintiffs’’ rights under the Free Speech Clause of the First Amendment.”