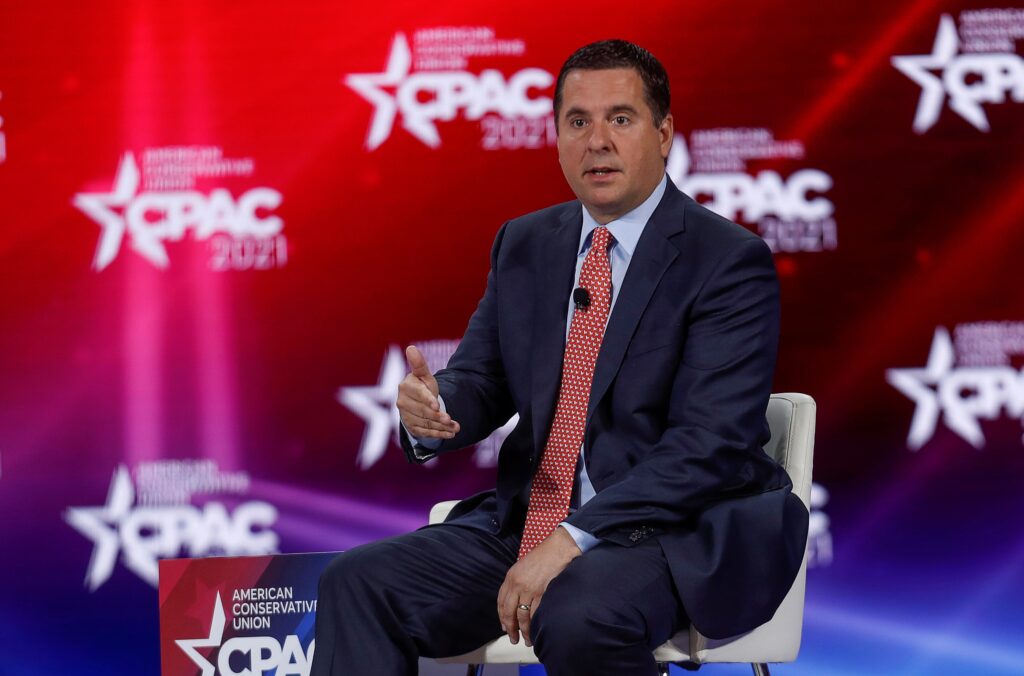 On September 30, 2018, Esquire published a piece authored by Ryan Lizza online entitled “Devin Nunes’s Family Farm Is Hiding a Politically Explosive Secret.” In print, the article was entitled “Milking the System.”  The article asserted that Representative Nunes and his family hid the fact that they had a family farm in Iowa. The article further asserted that the family farm used undocumented labor.

Statements in the article insinuated that the farm’s use of undocumented labor was the reason that Nunes and his family moved to Iowa and purchased the farm. For example, the article contained the following statement: “[o]ther dairy farmers in the area helped me understand why the Nunes family might be so secretive about the farm: Midwestern dairies tend to run on undocumented labor.”

After the article was published, Nunes sued Lizza and Hearst Magazine Media, Inc., alleging defamation and conspiracy. Later, Nunes amended the complain to allege express defamation based on 11 allegedly false statements in the article and also defamation by implication.

Robert Sack, in his treatise, “Sack on Defamation,” explains: “A publisher is, in general, liable for the implications of what he or she has said or written not merely for the specific, literal statements made.”

Nunes alleged in his amended complaint that the article contained false implications because Nunes was not involved in the farm’s operations and had no knowledge of who was hired at the dairy farm.

Lizza and Hearst filed a motion to dismiss, which a federal district court granted.  However, on appeal, a three-judge panel of the Eighth Circuit Court of Appeals reinstated the defamation by implication claims in its September 15th decision in Nunes v. Lizza.

However, the Eighth Circuit panel disagreed with the lower court on the defamation by implication claims. Unlike the district court, the appeals court determined that a reasonable reader could draw the false implication that Nunes conspired with others to hide the farm’s use of undocumented labor.

The appeals court explained that in analyzing a defamation-by-implication claim, the claim “must be analyzed by considering the article as a whole.” “Here, the principal theme is that Nunes and his family hid the farm’s move to Iowa —the ‘politically explosive secret.’”

Lizza and Hearst had argued that the First Amendment prohibits such a claim, contending that the article contained “rhetorical hyperbole” rather than false factual statements. However, the appeals court responded that “[a] reasonable reader would expect a piece of investigative journalism to convey facts.”

Lizza and Hearst also argued that the alleged defamatory implication was more opinion than fact because it did not contain any verifiable facts.  But, the panel wrote that “the important facts can be confirmed or refuted.”

Additionally, the defendants contended that there was no evidence that they subjectively intended any defamatory implication. However, the panel relied on the alleged “click-bait” headline about a “politically explosive secret” and the way the article proceeded to discuss efforts to conceal the family’s move to Iowa and the use of undocumented labor. The panel explained: “The manner in which the article presents the discussion of the farm’s use of undocumented labor permits a plausible inference that Lizza and Hearst intended or endorsed the implication.”

Next, the Eighth Circuit addressed the argument that the complaint should be dismissed because Nunes, as a public official/public figure, cannot possibly show clear and convincing evidence of actual malice.  Here, the Eighth Circuit agreed that this “demanding standard” precluded a claim based on the original publication.

However, Lizza had republished the article on his Twitter account on November 20, 2019, after the lawsuit was filed. Lizza tweeted: “I noticed that Devin Nunes is in the news. If you’re interested in a strange tale about Nunes small-town Iowa, the complexities of immigration policy, a few car chases, and lots of cows, I’ve got the story for you.”

The tweet is considered a “republication” of the original article for purposes of defamation law.   Furthermore, the Eighth Circuit explained that “[a] speaker who repeats a defamatory statement or implication after being informed of its falsity does so at the peril of generating an inference of actual malice.”

The Eighth Circuit emphasized the particular procedural posture of the case. The case is at the pleading stage and the defendants filed a motion to dismiss.  There has been no discovery yet.   At the motion to dismiss phase—before there has been any discovery—courts do not impose a “probability requirement.”  The panel concluded: “The pleaded facts [in the amended complaint] are suggestive enough to render it plausible that Lizza, at that point, engaged in the purposeful avoidance of the truth.”