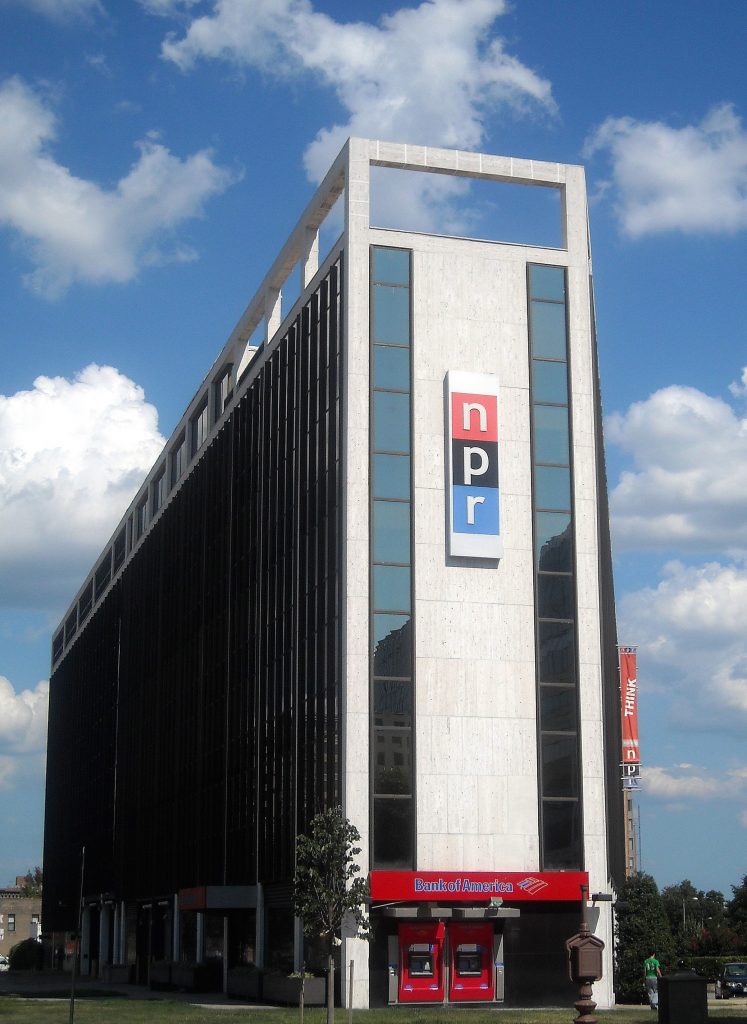 Should the federal government continue to direct taxpayer money to support public broadcasting? The question reverberated through the early days of the Trump administration with many expecting the axe to fall on federal support for NPR and PBS. However in May of 2017,  Congress passed a budget that kept funding at current levels. But this was not the end of the debate. Over the next three years, President Donald Trump’s annual  budget would call for reduced funding for public broadcasting, the National Endowment for the Arts, and the National Endowment for the Humanities. How did Congress respond to Trump’s suggested cuts?

In his fiscal 2021 budget, Trump suggests allocating just $30 million for the Corporation for Public Broadcasting (CPB), which supports NPR, PBS, and small and mid-sized television stations. The CPB is currently funded at $445 million by Congress.

In January, Trump questioned NPR’s funding after Secretary of State Mike Pompeo lashed out at an NPR reporter for asking him if he owed an apology to the former U.S. ambassador to Ukraine.

After the altercation, a conservative radio tweeted, “Why does NPR still exist? We have thousands of radio stations in the U.S. plus satellite radio. Podcasts. Why are we paying for this big-government, Democrat Party propaganda operation.”

Trump retweeted the comment, and wrote, “A very good question!”

For the third year in a row, the Trump Administration has proposed a federal budget with small appropriations for the Corporation for Public Broadcasting (CBP), which supports NPR and PBS.

“Most of the eliminations and reductions in this volume reflect a continuation of policies proposed in the 2018 and 2019 President’s Budgets that have not yet been enacted by the Congress and highlight the Administration’s efforts to eliminate wasteful or unnecessary spending,” according to the budget document.

Trump’s 2018 budget aims to eliminate funding for the Corporation for Public Broadcasting which provides upwards of 15% of the budget for public broadcasters including NPR and other local stations. The administration’s rationale: non-federal funding is robust and public broadcasters no longer need to rely on federal dollars. These new budget numbers turn the table on what Congress approved earlier in the month when it allocated $445 million to the CPB.

As reported by multiple outlets, Congress reached a federal budget deal that maintains funding for the Corporation for Public Broadcasting. President Trump had previously proposed entirely eliminating funding to the CPB next year and reducing funding for the remainder of this fiscal year. With this new budget agreement, the CPB will be funded at its current level of $445 million.

Variety
March 31, 2017: Public Broadcasters Reach Out to Viewers for Help with Local Reps

Taking to Twitter among other viewer outreach strategies, public broadcasters around the country are making the case the federal dollars should be allocated to public broadcasting for the good of the public.

NPR and other outlets report that President Trump’s proposed 2018 budget would entirely eliminate funding for the Corporation for Public Broadcasting (CPB), which includes National Public Radio and the Public Broadcasting Service. NPR notes that the CPB budget for the last fiscal year was $445 million, costing approximately $1.35 per citizen.

March 16, 2017: What Happens to Rural Stations When Budgets Fall?

According to The New York Times, the CPB supports about 1,500 stations. The Times also notes that, while broadcasters in major media markets such as New York City receive only a small portion of funding from the federal government (instead, relying on listener contributions and corporate sponsorship,) rural stations are heavily dependent on federal money.

At The American Prospect, Michael Soha argues that eliminating public broadcasting will increase the urban-rural divide and “further exclude rural voices from the national conversation.” He also claims that public broadcasting offers some of the most neutral coverage in the country, “Despite poorly-evidenced claims of ‘liberal bias,’ NPR has actually gone easier on Trump than many major media outlets. Privately-owned outlets, such as The New York Times and The Washington Post, routinely use the term ‘lie’ and ’liar’ as they fact-check the torrent of falsehoods and outright propaganda from the Trump administration. But NPR has refused to use those terms, noting its responsibility as neutral arbiter. If anything, public media journalists feel a special obligation to showcase the full spectrum of voices and perspectives from across America.”

The Nation’s John Nichols makes similar claims. He writes, “Of the 575 public television and public radio stations across the United States that receive CPB grants, 248 of them serve rural regions of the country….Trump is actually attacking the stations that serve many of the parts of the country that supported him last November.”

March 17, 2017: “Public broadcasting shouldn’t get a handout from taxpayers anymore”

Howard Husock, who serves on the board of directors of the Corporation for Public Broadcasting, wrote an op-ed for The Washington Post arguing that it does not deserve continued federal funding. While the CPB was an essential resource in the initial years after its founding, he writes, “public media now rarely offers anything that Americans can’t get from for-profit media or that can’t be supported privately.” While in the past, public broadcasting offered the only alternative to the three networks (ABC, NBC, and CBS,) there is now an explosion of cable outlets, partisan news sites, and satellite radio that offers listeners a range of choices, Husock claims. He also argues that the original mission to provide programming to underserved demographics and a “broad cross-section of the American public” is no longer accurate. Husock does concede that public media provides an indispensible source of local news coverage, but ultimately concludes that unless the CPB can “demonstrate that it can serve truly diverse audiences in ways the private market can’t,” it deserves to be “zeroed out.”

The CPB maintains historical budget data and appropriations requests on its website, as well as an interactive timeline of key events in its history.

Calls for defunding public broadcasting began under President Richard Nixon. A New York Times story from February 1979 details how the Nixon administration aimed to reign in what it saw as “anti-administration” content. The article states, “The papers confirm suspicions that had been aroused by White House actions during that period that the Administration was tampering with the board of directors of the Corporation for Public Broadcasting and was using Federal appropriations as the device to force a reorganization of the system along lines prescribed by the White House.” (The Columbia Journalism Review offers a detailed history of the Nixon-era maneuvers.) Presidents Reagan and George W. Bush also called for cutting CPB costs.

Additionally, public broadcasting has been a familiar target of Congressional Republicans. In 1994, according to The New York Times and other outlets, then Speaker of the House Newt Gingrich threatened to entirely defund the CPB. He stated, “One of the things we’re going to do this year, I hope, is to zero out the Corporation for Public Broadcasting, which has been eating taxpayers’ money.” The Times also reported that Gingrich called public broadcasting “biased television.”

Still, Congressional Republicans usually beat back their own CPB-dissenters. Politico reports, “In 1997, when anti-CPB fervor was near its height, a measure to eliminate the CPB from the federal budget by the year 2000 was voted down in the Republican-controlled House 345-78. And in 2005, when Republicans controlled both chambers of Congress and the White House, a move to defund the CPB was rolled back after a coalition of House Republicans voted to reinstate the money that had been removed in committee.”