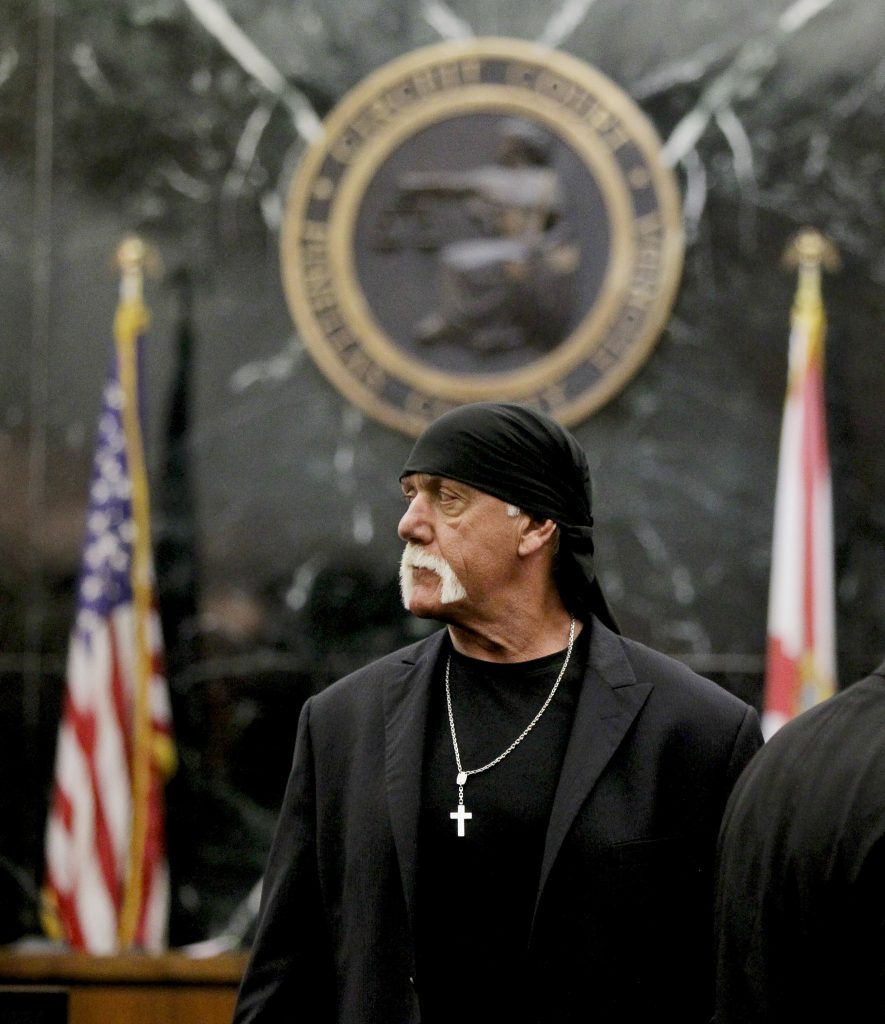 Hulk Hogan, a former wrestler whose real name is Terry Bolleau, sued Gawker Media for invasion of privacy after it published a sex tape of him and friend’s wife. Hogan’s suit was financially backed by Peter Thiel, a Silicon Valley entrepreneur who’d been been outed as being gay by Gawker. A jury awarded a $140 million judgement to Hogan. Gawker initially vowed to appeal the award, but ultimately settled with Hogan for $31 million. However, the settlement was still too costly for the online media company, and Gawker filed for bankruptcy in June 2016. It was sold to Univision two months later for $135 million.

After four years of litigation, Gawker and Hogan reached a settlement, in which Hogan was to receive $31 million in cash and a share of the proceeds of Gawker’s sale. Gawker was forced to file for bankruptcy as a result of the jury ruling.

Hogan was the first witness to testify in his lawsuit against Gawker, telling the jury that he was “completely humiliated” by the the video going public, and that he was unaware that the encounter was being filmed. The trial highlighted the tension between the right to privacy and the freedom of the press, and tested the limits of online press freedom.

“Gawker is defending its First Amendment right to join an ongoing conversation about a celebrity when others are talking about it and the celebrity is talking about it. This is a crucial issue not only for Gawker, but for all media organizations.” –Gawker chief lawyer Seth D. Berlin of Levine Sullivan, Koch and Schulz

Hulk Hogan v. Gawker: A Guide to the Trial for the Perplexed

The jury found that Gawker violated Hogan’s privacy, and that he suffered emotional distress. Hogan was awarded $140 million in total damages.

Peter Thiel, a tech billionaire, secretly backed Hogan giving him $10 million for the lawsuit. Thiel was the subject of a series of Gawker articles that outed him as gay, and that the disclosure was “very painful.”

Thiel’s lawyers said that his involvement in lawsuits against Gawker were brought, in part, because of an economic interest, despite the fact that Thiel had stated previously that the it was not a business venture. According to Forbes, Thiel had said numerous times that the case was not about the extent of the First Amendment, but rather about an individual’s right to privacy.

Listen to David Folkenflik, media correspondent for NPR, speak with the BBC about how the longstanding friction between Thiel and Gawker motivated him to fund Hogan in his suit against the site.

Hulk Hogan sued Gawker for $100 million for invasion of privacy for publicly releasing a sex tape that involved Hogan and his friend’s wife. Hogan also filed a motion for a preliminary injunction and a temporary restraining order to have the video removed. Gawker’s counsel argued that the footage is newsworthy and protected by the First Amendment, and that Hogan should not have had an expectation of privacy.

Sex, Lies, and the First Amendment (but No Copyright): Hulk Hogan’s Leg Drop on Gawker

Concerns About the Freedom of the Press

Gehres Law Group
The Aftermath: Gawker Files for Bankruptcy and Is Sold to Univision for $135 million

Read more on Privacy: Newsworthiness is a Strong Defense