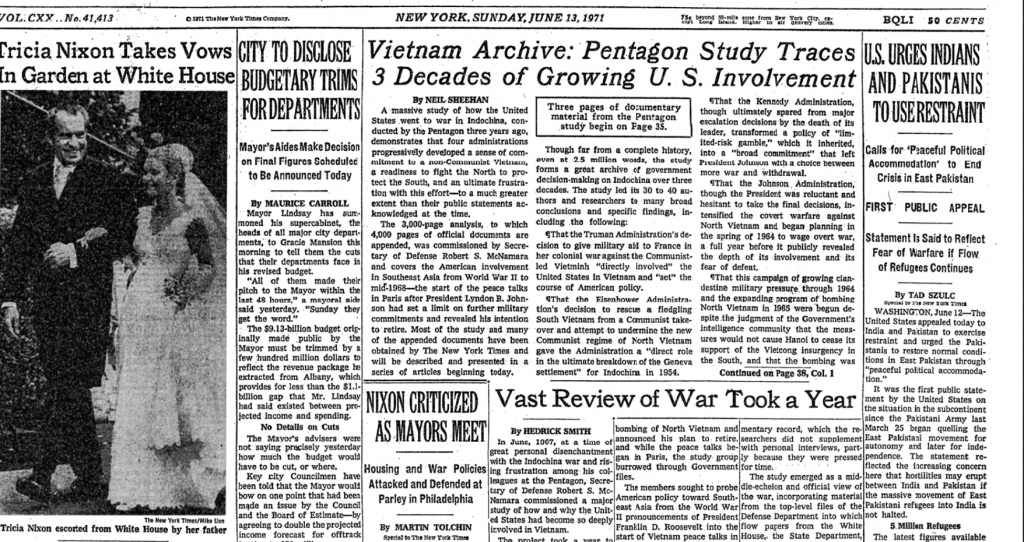 Part of a series on the Pentagon Papers published by The New York Times in 1971. The Nixon Administration’s attempt to stop publication was ultimately rejected in New York Times v. United States.

The article is based on a four-hour long interview Sheehan agreed to give under the condition that the newspaper wouldn’t publish the story while he was alive. Sheehan died on January 7th from complications of Parkinson’s disease.

During the interview, Sheehan revealed that he had copied the government documents from his source, former government analyst Daniel Ellsberg, who had explicitly and repeatedly stated that Sheehan was only allowed to take notes.

One night, when Ellsberg left Sheehan alone in his Boston apartment, Sheehan took a taxi to multiple copy shops in order to surreptitiously copy the classified documents.  (Ellsberg had stolen thousands of pages, and the first copy machine that Sheehan used crashed under the strain).

According to the article, Shaheen had also enlisted his wife in the exploit, and the duo bought an extra seat on their flight from Boston to Washington D.C. as they were unwilling to let the documents out of their sights. The NY Times article is worth a read not only for the revelations it contains, but also to get a sense of the difficult ethical considerations Sheehan faced leading up to the publication of the Pentagon Papers.