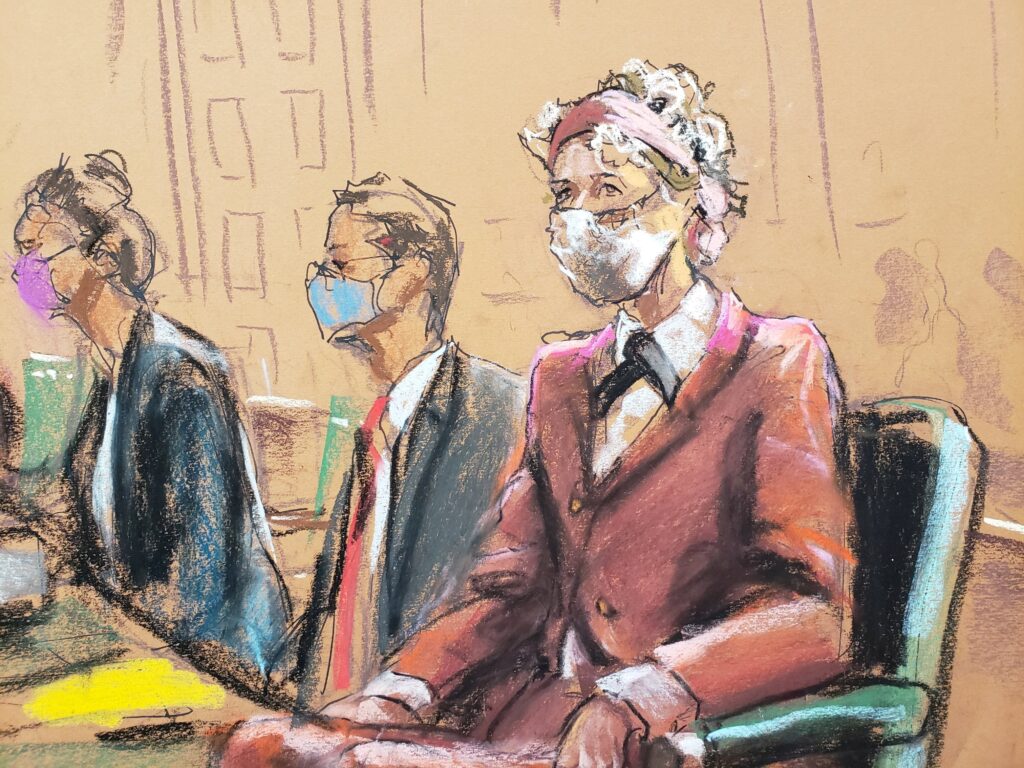 Jean Carroll sits alongside lawyers Joshua Matz and Marcella Coburn during a hearing in her defamation lawsuit against U.S. President Donald Trump at a courthouse in New York, U.S. October 21, 2020 in this coutroom sketch. REUTERS/Jane Rosenberg/File Photo

The Department of Justice (DoJ) plans to continue defending former President Donald Trump in a defamation lawsuit filed by former Elle columnist E. Jean Carroll, according to a brief obtained by The New York Times.

“Elected public officials can — and often must — address allegations regarding personal wrongdoing that inspire doubt about their suitability for office,” the department lawyers argued in the brief, adding, “Officials do not step outside the bounds of their office simply because they are addressing questions regarding allegations about their personal lives.”

The news came as a shock to some, given President Joe Biden’s significant efforts to distance himself from the previous administration, especially in regards to the treatment of women.

Carroll sued Trump in his personal capacity for denying that he raped her in a department store changing room in the 1990s, and for accusing her of fabricating the story in order to sell copies of her new memoir.

“I’ve never met this person in my life. She is trying to sell a new book–that should indicate her motivation. It should be sold in the fiction section” Trump said in a statement shared with the press in 2019. “Shame on those who make up false stories of assault to try to get publicity for themselves, or sell a book, or carry out a political agenda—like Julie Swetnick who falsely accused Justice Brett Kavanaugh. It’s just as bad for people to believe it, particularly when there is zero evidence. Worse still for a dying publication to try to prop itself up by peddling fake news—it’s an epidemic.

Though the statute of limitations for rape has passed, Carroll and her lawyer, Roberta Kaplan, are hoping that they can use defamation law to garner a different kind of justice: should the case move to discovery, Trump might be forced to compare his DNA to genetic material left on the dress Carroll says she was wearing during the alleged rape.

Trump’s personal lawyers tried to convince courts to dismiss the suit, but repeatedly failed to provide evidence that Carroll’s claims weren’t true. So in September 2020, the DoJ, led by former Attorney General William Barr, stepped in. In a motion filed in the United States District Court for the Southern District of New York, the DOJ argued that the federal government should replace Trump’s private counsel because he was acting in his official capacity when he denied Carrol’s accusations.

The Biden administration’s decision to continue supporting this case does not bode well for Carroll. Federal officials are typically given broad protections from civil lawsuits.

Carroll said she was disappointed with the decision in a statement shared with The New York Times.

“As women across the country are standing up and holding men accountable for assault, the D.O.J. is trying to stop me from having that same right.”