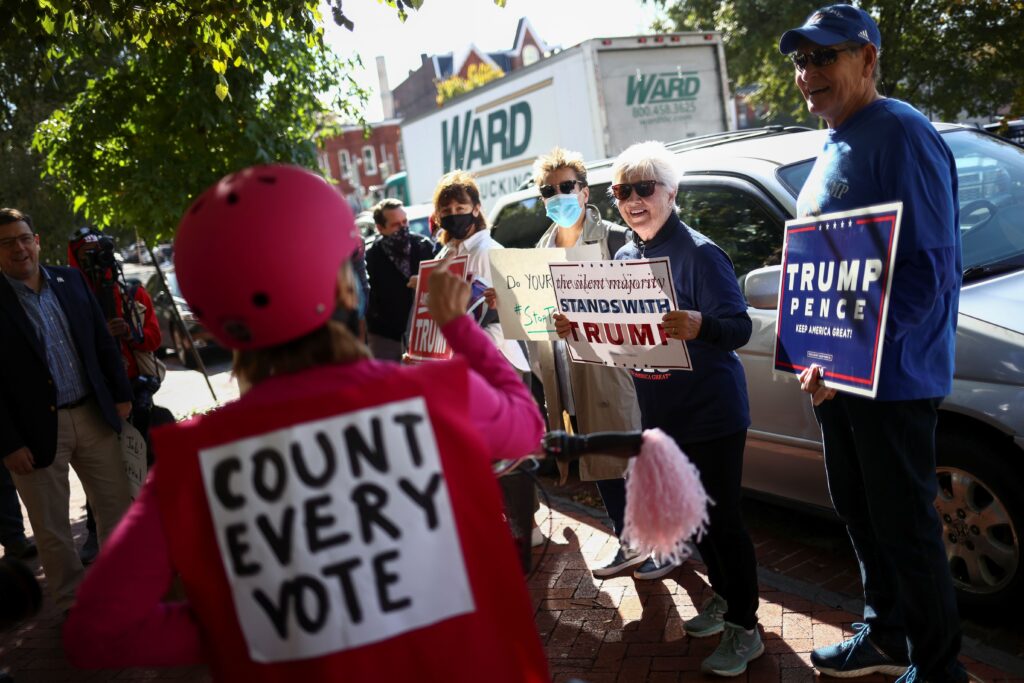 A counter protester gestures at supporters of U.S. President Donald Trump as they demonstrate near the Republican National Committee building after Election Day, in Washington, D.C., U.S., November 5, 2020. REUTERS/Hannah McKay

According to The Guardian, peaceful protesters marched in at least a half-dozen cities on November 4th, including Los Angeles, Seattle, Houston, Pittsburgh, Minneapolis, New York City, Dallas, Chicago, and San Diego. Many of these demonstrations were organized by local organizations with ties to Protect the Results, a coalition of 165 grassroots organizations, advocacy groups, and labor unions. The coalition is calling on officials to “count every vote.”

In some cities, law enforcement shut down protests that involved blocking traffic or unlawful activity. On November 4th, Minneapolis police arrested hundreds of protesters who had marched onto a highway for trespassing and unlawful assembly. In Washington D.C., police arrested four people for separate incidents, including crossing a police line, assault, and interfering with law enforcement.

Meanwhile, pro-Trump protesters have gathered outside ballot counting centers, some with military-style weapons, in Michigan and Arizona, accusing officials of manipulating results. Without citing evidence, President Trump has insisted that Biden’s lead in both states is the product of voter fraud.

Despite earlier fears that an extended period of uncertainty would manifest in significant violence, there has thus far been no indications of massive unrest.

The Guardian The New York Times

On April 19th, Florida Governor Ron DeSantis signed into law H.B. 1, new legislation that includes a collection of amendments and additions to existing Florida statutes concerning criminal charges for violent protests. The legislation enhances penalties for people who commit crimes during a riot and gives the state the power to approve funding of local budgets, particularly in regards to funding law enforcement. 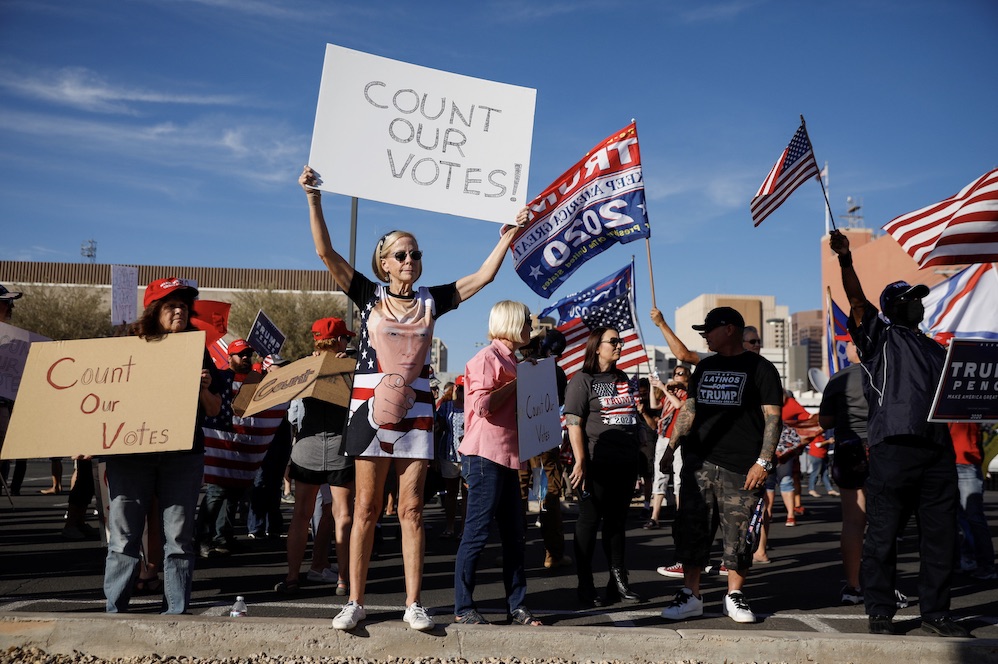