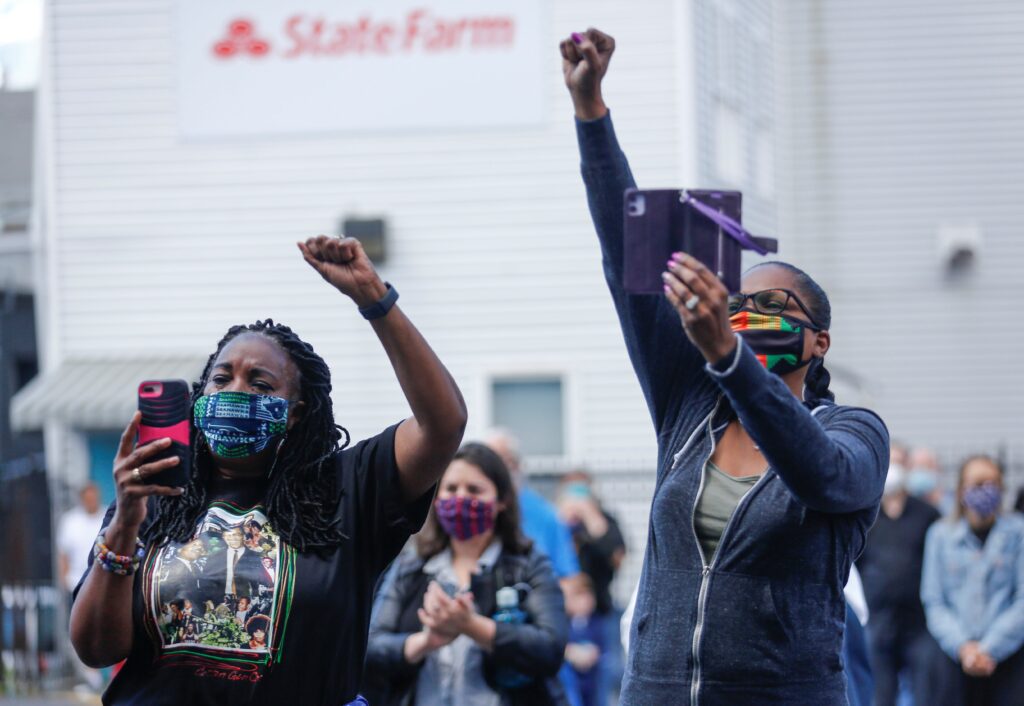 The lawsuit, filed in U.S. District Court of Western Washington on behalf of Black Lives Matter Seattle-King County and individual demonstrators, comes in response to the Seattle Police Department’s (SPD) continued use of chemical agents for crowd control, despite Seattle Mayor Jenny Durkan’s temporary, 30-day ban on the use of  tear gas.

“On an almost nightly basis, the SPD has indiscriminately used excessive force against protesters, legal observers, journalists, and medical personnel,” reads the complaint. “For example, SPD has repeatedly sprayed crowds of protesters with tear gas and other chemical irritants — including as recently as (the early hours of) Monday, June 8, just days after the city pledged a 30-day moratorium on the use of tear gas.”

“These daily demonstrations are fueled by people from all over the city who demand that police stop using excessive force against Black people, and they demand that Seattle dismantle its racist systems of oppression. It is unacceptable that the Seattle Police Department would then respond to these demonstrations with more excessive force, including using tear gas and flashbang grenades,” Livio De La Cruz, a board member of Black Lives Matter Seattle-King County, said in a statement.

The suit alleges that using chemical irritants such as tear gas, pepper spray, as well as using other, non-lethal projectiles on demonstrators, violates the Fourth and First Amendments. “Excessive use of force against protestors is a violation of the Fourth Amendment, chills free speech, and widens the rift of distrust between communities and the police that are sworn to serve them,” Michele Storms, Executive Director of the ACLU of Washington, said in a statement. “The City should instead listen to demonstrators, build community trust, and establish meaningful police reforms.”

The lawsuit is seeking a temporary and permanent court order forbidding Seattle from continuing to use “less-lethal weapons to control and suppress demonstrations,” as well as issuing a statement that the city has committed constitutional violations.