Wilmington University, a private university in Delaware, removed a student art piece depicting a beheading of President Donald Trump from its online art exhibit sometime between Tuesday, February 2nd and Wednesday, February 3rd. According to Delaware Online, the administration decided the piece was too “violent.”

The student artist, Jennie Williams, intended the piece to be a play off of “Judith and Holofernes,” a painting by Italian artist Caravaggio. Caravaggio’s painting, based on a biblical story in which a beautiful woman (Judith) takes revenge on an Assyrian general (Holofernes) who was about to destroy her home, centers on the moment of decapitating. The scene served as inspiration for dozens of artists in the Italian Renaissance and Baroque period, many of which are fairly explicit. 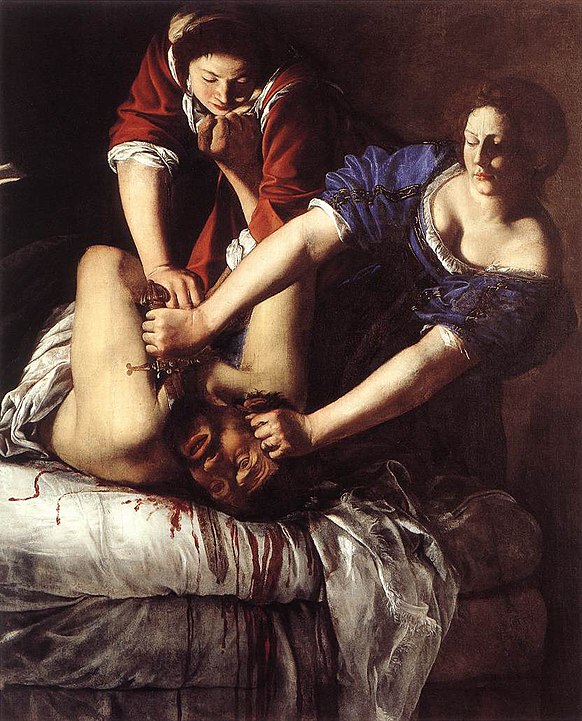 Many other famous artists have painted similar versions of the biblical story. Depicted above is “Judith Beheading Holofernes” by Italian Baroque painter Artemisia Gentileschi. The image above was taken from Wikimedia Commons.

William’s digital rendition (see below) swaps Judith’s character for the Statue of Liberty and Holofernes’ character for Trump. The student artist also seems to have taken the liberty of adding extra blood to “Trump’s” body.

A screenshot of the piece Wilmington University removed from its online art show. The image was sent to Delaware Online who gave First Amendment Watch permission to republish it.

Joe Aviola, Wilmington University’s senior director of administrative and legal affairs, told Delaware Online that they chose to remove the piece because it was “more violent than it [was] expression of speech,” and it did not “meet the university’s values.”

As a private university, Wilmington is not bound by the First Amendment the same way public universities are. But like most private schools, Wilmington makes certain promises to uphold their students’ and professors’ free speech rights. According to its 2019-2020 student handbook, Wilmington commits to following “significant free speech protections guaranteed by the First Amendment.” Although freedom of speech and academic freedom are “not limitless,” the college says it will protect the “the educational, political, artistic or literary expression of students in classrooms and public forums.”

In response to the administration’s decision to censor the student, the Foundation for Individual Rights in Education’s Director for Targeted Advocacy Sarah McLaughlin put out the following statement.

“Wilmington University makes promises to its students about their right to express themselves freely on its campus, but it has violated those promises with its decision to censor a student’s artwork. A campus that chooses to scrub its students’ artwork to appease sensitive critics may soon find itself free of all but the most anodyne expression –an unacceptable outcome both for students who expect to be challenged during their time at college, and for the university that has promised to challenge them.”