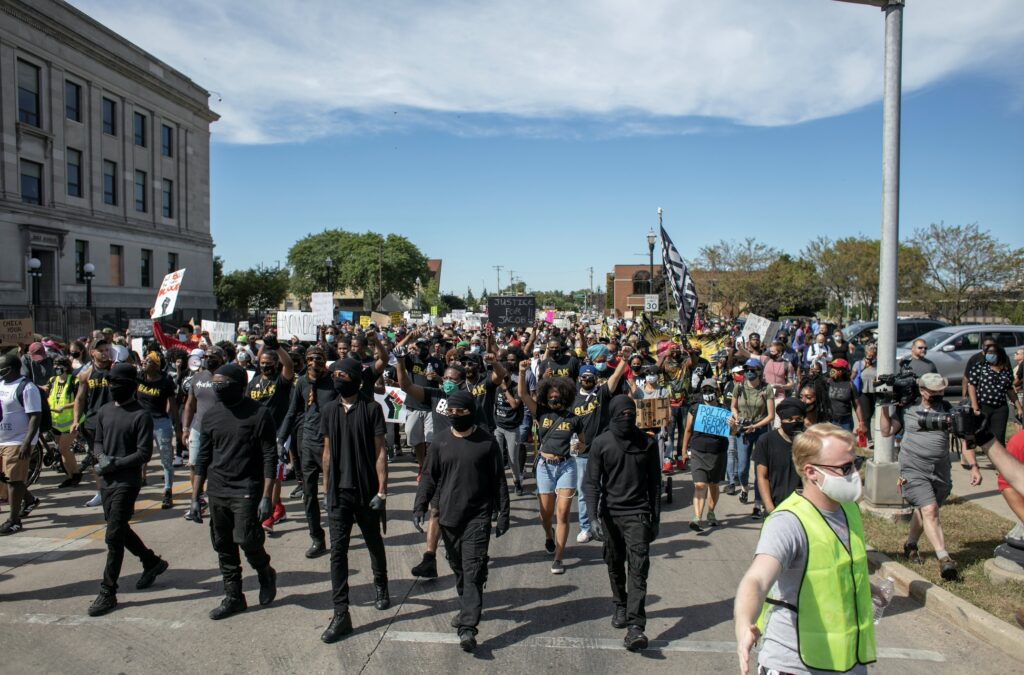 A new lawsuit filed on behalf of five Wisconsin residents claims that law enforcement officers in Kenosha County, Wisconsin are selectively enforcing an emergency curfew order on critics of the police.

“In Kenosha, there are two sets of laws—one that applies to those who protest police brutality and racism, and another for those who support the police,” the complaint states. The lawsuit was filed on September 1st in the United States District Court for the Eastern District of Wisconsin.

For more than a week, protesters in Kenosha have assembled to protest police brutality in response to the shooting of Jacob Blake. Blake was shot seven times in the back by a police officer as Blake was trying to open his car door.

On August 24th, shortly after the protests began, the county issued an Emergency Curfew Order from 7p.m. to 7a.m. that lacked exceptions for legal observers or reporters.

The demonstrations attracted the attention of pro-police groups, many of whom arrived with automatic firearms. One, a 17-year-old from Illinois, is currently being charged with first-degree homicide for fatally shooting two men and attempted homicide for seriously injuring a third.

According to the complaint, of the over 150 peaceful protesters arrested in violation of curfew, not one was a pro-police demonstrator. The lawsuit also links to a widespread video of police officers thanking a group of pro-police protesters for their support after curfew hours.

“The Kenosha Police and Sheriffs have shown an unwillingness to enforce the State Emergency in a viewpoint-neutral manner. Instead they use it as a tool to silence peaceful protesters who dare to confront his police department’s brutality,” the complaint argues.

A day after the lawsuit was filed, Kenosha ended the curfew despite earlier plans to keep it in place until after Labor Day weekend.