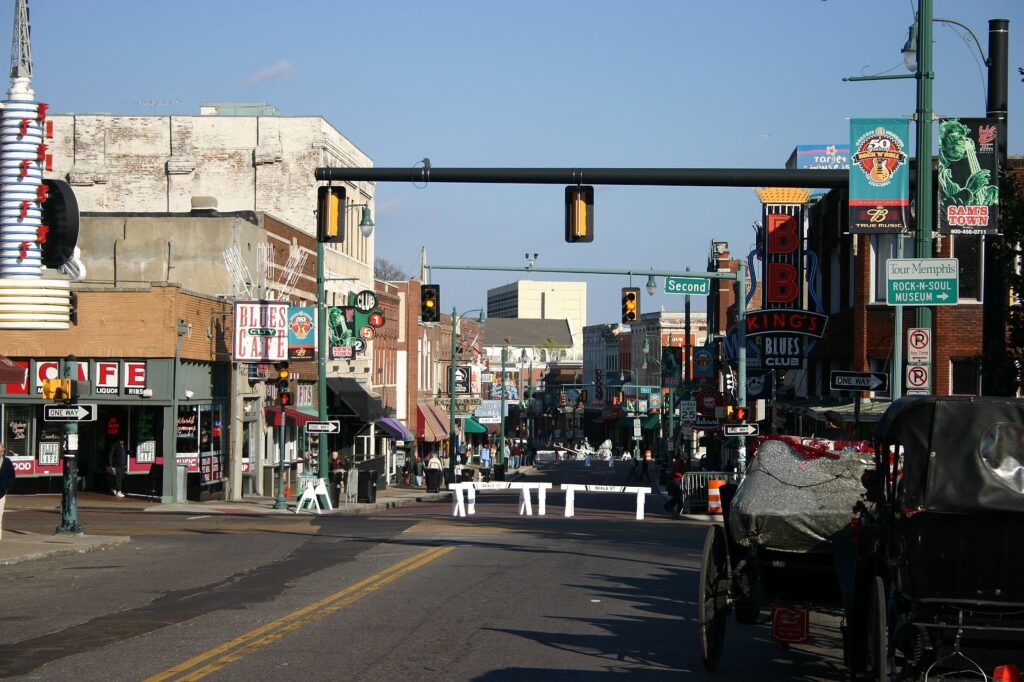 A photograph of Beale Street in Memphis, Tennessee. Wikimedia Commons

The state’s legislature passed the bill (HB 8005/SB 8005) on August 13th by a wide majority in both the House and Senate, despite push back from civil libertarians who are worried the higher penalties might discourage protest.

Under the new law, protesters who “knowingly caus[e] physical contact” with a police officer “that a reasonable person would regard as extremely offensive or provocative” would have to pay $5,000 in fines and a 30-day jail sentence. If an officer is seriously injured, the fine would jump to $15,000 with a minimum jail time of 90 days.

The bill also increases fines for obstructing highways, and prohibits people from camping on state grounds.

Representative Mike Stewart (D-Nashville), who voted against the bill, told a local news station that the bill sends the wrong message to the public.

A day after the bill was passed, the American Civil Liberties Union of Tennessee wrote a letter to Governor Lee urging him to veto the bill.

“ACLU-TN opposes this legislation not only because it intentionally chills free speech and protest and increases incarceration rates in our state, but because in this important moment in our history, amidst calls for racial justice and an end to police violence, the Tennessee General Assembly has chosen to ignore those calls and instead has prioritized punishing the people courageous enough to speak out,” the letter said.