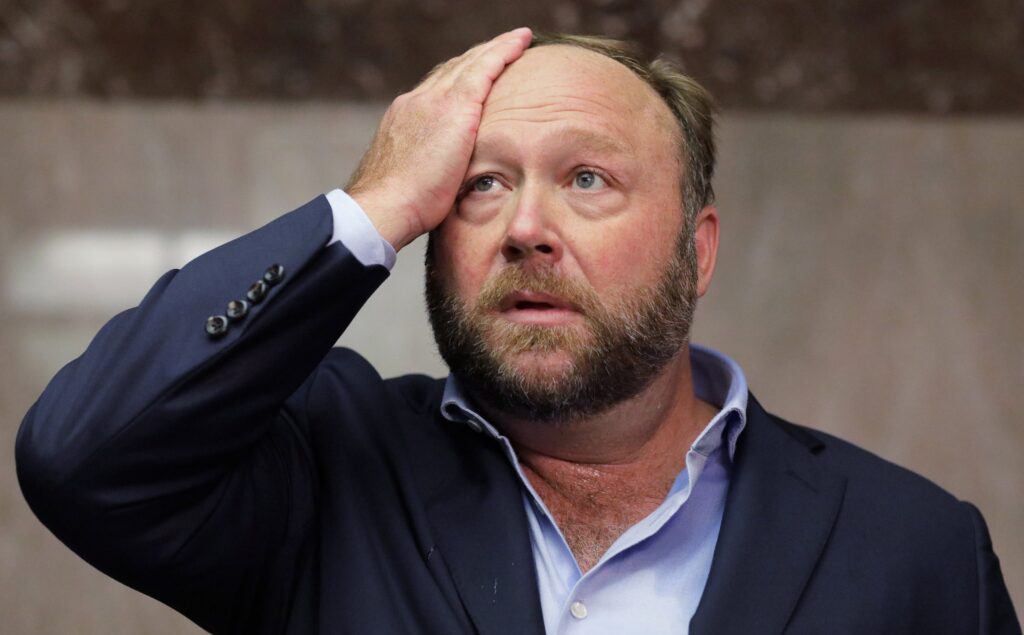 A district court judge for Travis County, Texas issued a default judgment against Alex Jones for failing to comply with discovery requests in the defamation suits brought by two families in the Sandy Hook Elementary School mass shooting. The shooting, which occurred on December 14, 2012, resulted in the deaths of 20 children and six adult school staff members.

The rulings mean that the suits will proceed to trial to determine how much Jones and his media company, Infowars, will pay the parents for defamation and emotional stress. Jones has repeatedly called the Sandy Hook shootings a “hoax,” and has gone so far as to accuse one of the shooting victim’s parents of being a paid actor rather than a grieving parent.

See our teacher’s guide on Alex Jones and defamation

In her ruling, Gamble noted that she chose to take the rare step of issuing a default judgment against Jones because other sanctions, including paying at least $122,250 for parents’ legal fees, have failed to make Jones comply with the court’s orders.

“However, the Court has more than a sufficient record to conclude that an escalating series of judicial admonishments, monetary penalties, and non-dispositive sanctions have all been ineffective at deterring the abuse. This Court rejects lesser sanctions because they have proven ineffective when previously ordered,” Gamble wrote.

“Furthermore, in considering whether lesser remedies would be effective, this Court has also considered Defendants’ general bad faith approach to litigation, Mr. Jones’ public threats, and Mr. Jones’ professed belief that these proceedings are ‘show trials’,” the judge added.

According to the Austin American Statesman, Jones called the default judgement “stunning.” “Nothing less than the fundamental right to speak freely is at stake in these cases. It is not an overstatement to say the First Amendment was crucified today,” Jones and InfoWars lawyer Norm Pattis wrote on the InfoWars website. “We are distressed by what we regard as a blatant abuse of discretion by the trial court. We are determined to see that these cases are heard on the merits.”